“I was punching so far above my weight because it was frightening. I refused to take a backward step though, so I thought bo**ocks, I’ve got this one opportunity here, and I’m taking it.” Have you ever wondered what the menfolk are thinking when you’re on that first date? Oliver Taylor asked the questions and you’ll want to read the replies. 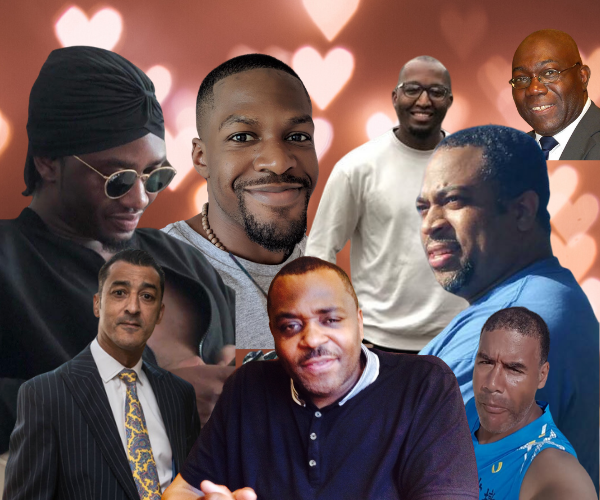 February is the month of love, a chance to celebrate romance and perhaps reminisce about fond memories and romantic dates that we’ve had over the years with our present loved one or past loves. Which got us thinking about men and what they consider to be romantic. Much like our feature on How I knew she was #TheOne, we wanted to hear the facts directly from our menfolk themselves. We asked 8 Black men, to succinctly describe (because we like details!) what their most memorable romantic encounter was and why.

We asked 8 Black men and here’s what they shared: 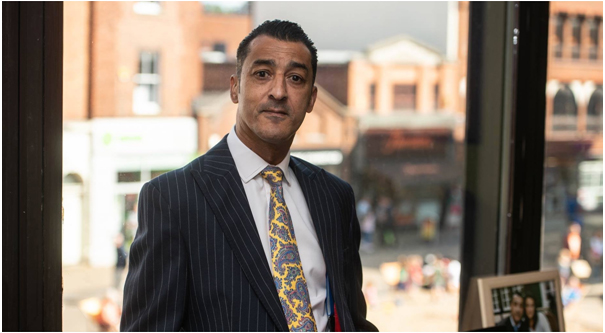 Age at the time: 19 | Where: Rats Cafe, High Street, Leipzig, Germany | Whose Idea: His

Had Kaffee and Kuchen (coffee-and-cake – Black Forest Cafe) on a Sunday, a tradition in Germany.

What was great and why?

Touching hands. The smells of the strong coffee and her Chanel No. 5 perfume. She nicknamed me Schwarzkopf, which means ‘Blackie’, not in a nasty way, it’s a hair company, meaning ‘black head’, which the Germans used to use back in the 80s. She was skint even though her family was brewstered, and I remember I had to pay for the whole date, and I wasn’t particularly wealthy either. It was quite expensive, but I loved paying. She was frighteningly pretty, and I wanted to treat her like a princess.

How did you approach the date?

I was scared because here was someone who was very well known in the town. One of the top practitioners of a form of dentistry in Germany, a multimillionaire, and I’m sat with his daughter, who’s getting the best education and who goes on holiday 10 times a year. I’m thinking what the #*$& am I doing here, lol.

I was punching so far above my weight because it was frightening. I didn’t take a backward step though, so I thought bo**ocks, I’ve got this one opportunity here, and I’m taking it. I came away thinking I’d just knocked Muhammed Ali out.

Why was it unforgettable?

I couldn’t speak a word of German; she had a little bit of broken English that she’d learnt in school. I told a few jokes that I knew she only got the back end of. I guessed she was funny in Germany. We ended up laughing and joking, trying to work out whether or not we understood each other.

It was funny. It was cheeky. It was awkward. It was amateur. It was more Ploughman’s lunch than Lobster Thermidor, and that made it even better. If I’d gone for Michelin five-star Lobster Thermidor, twice-baked Cheese Souffle experience, I’d have gotten it wrong because that’s where she came from. I don’t know whether it was an unconscious effort to tone it down or a conscious one to turn it down, but that was her lifestyle, so I think she found it quite quirky.

How did you feel about the experience?

Before – excited, during – terrified and after – exhilarated. 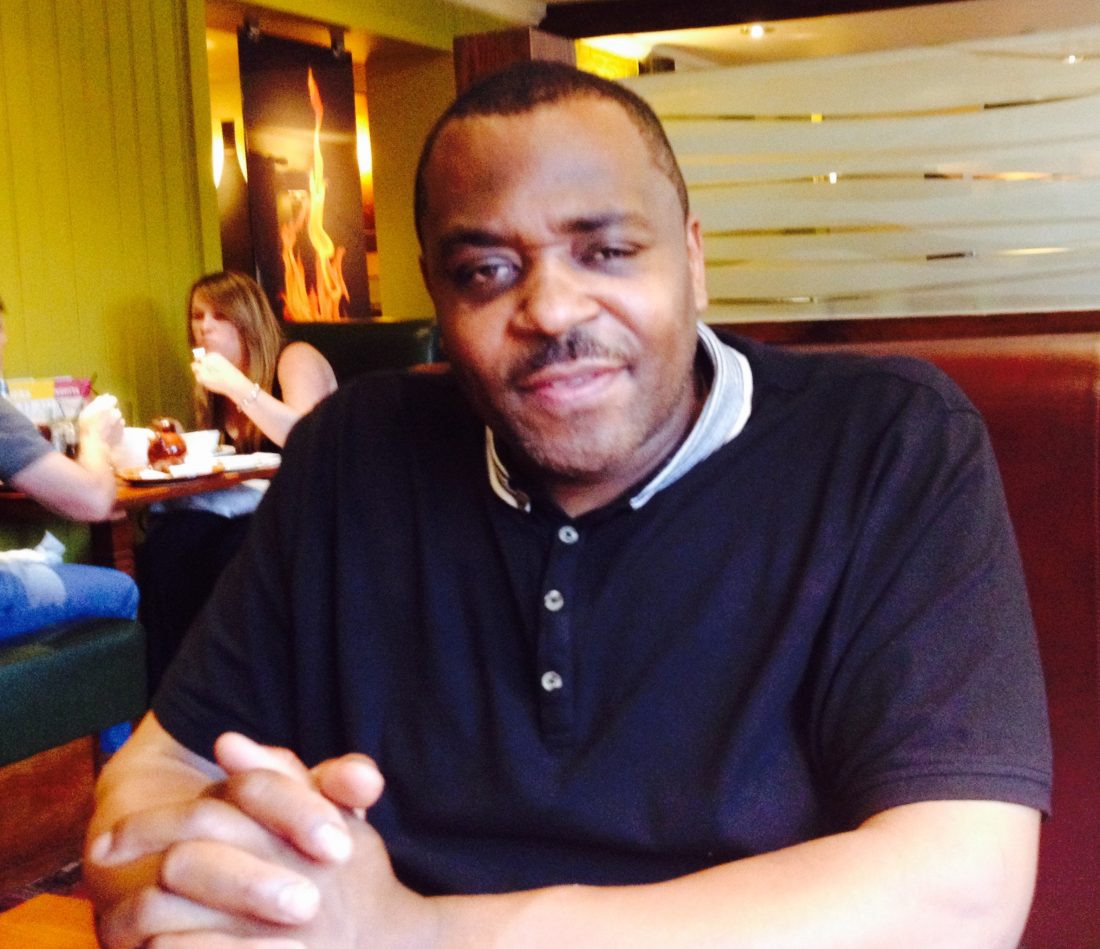 Chatted had a few drinks and felt each other out.

Hearing Black folks speak differently from up North. I’d never heard it before, it was funny, like wow. Midlands Black folk seem more relaxed and down to earth, you know, they take you in without a blink. Down south, it’s a bit more every man for himself. It was early doors, a time when we’re consumed with passion, more intense conversation, and trying to understand more. I doubt we listened to each other back then.

How did you feel before? 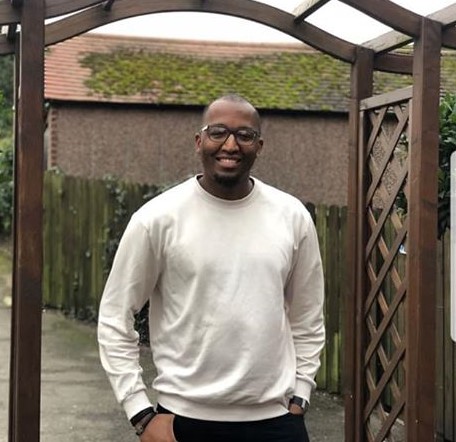 Age at the time: 24 | Where: Walk and Outdoor Picnic | Whose idea: His

Hung out at her house.

I gave her some thoughtful gifts, (as thoughtful as I could manage) which went down pretty well. Then we watched some Netflix. I got some advice from my sister in the run-up to the date to use what I knew about her to inform what I bought for the picnic/gifts to make an excellent first impression. My date was someone who I knew quite well as a friend already, so I picked the gifts and foods based on what I knew she liked from conversations we’d had over time.

Her reaction to my gifts was a fond memory because she seemed pretty pleased. 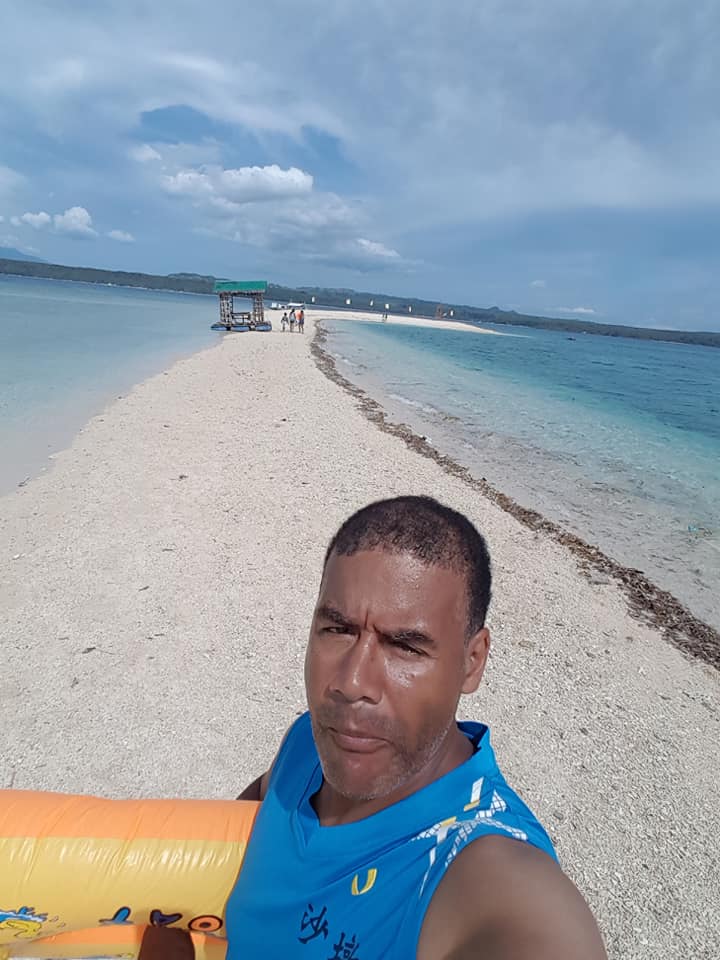 Age at the time: 35 | Where: Open Countryside and Tropical Woodland by Motorbike on Ko Samui Island, Thailand | Whose idea: Hers

Enjoying the landscape while riding in open spaces, hiking and waterfall swimming. It was romantic for me, less so for her. It was a relief for me to speak to a westerner because I’d spent almost a week unable to interact with people due to not being able to speak Thai in the remote parts of the island where I was, so there was an instant strong attraction on my part.

Before – attracted, nervous and hopeful of romance though short on conversation ideas. After – thankful, hopeful, contented and connected. Slightly challenged for not daring to be more tactile and open about my feelings.

The feelings of curiosity, eagerness and hope, however, I was overly shy. To this day, it’s an encounter I’ve never forgotten. 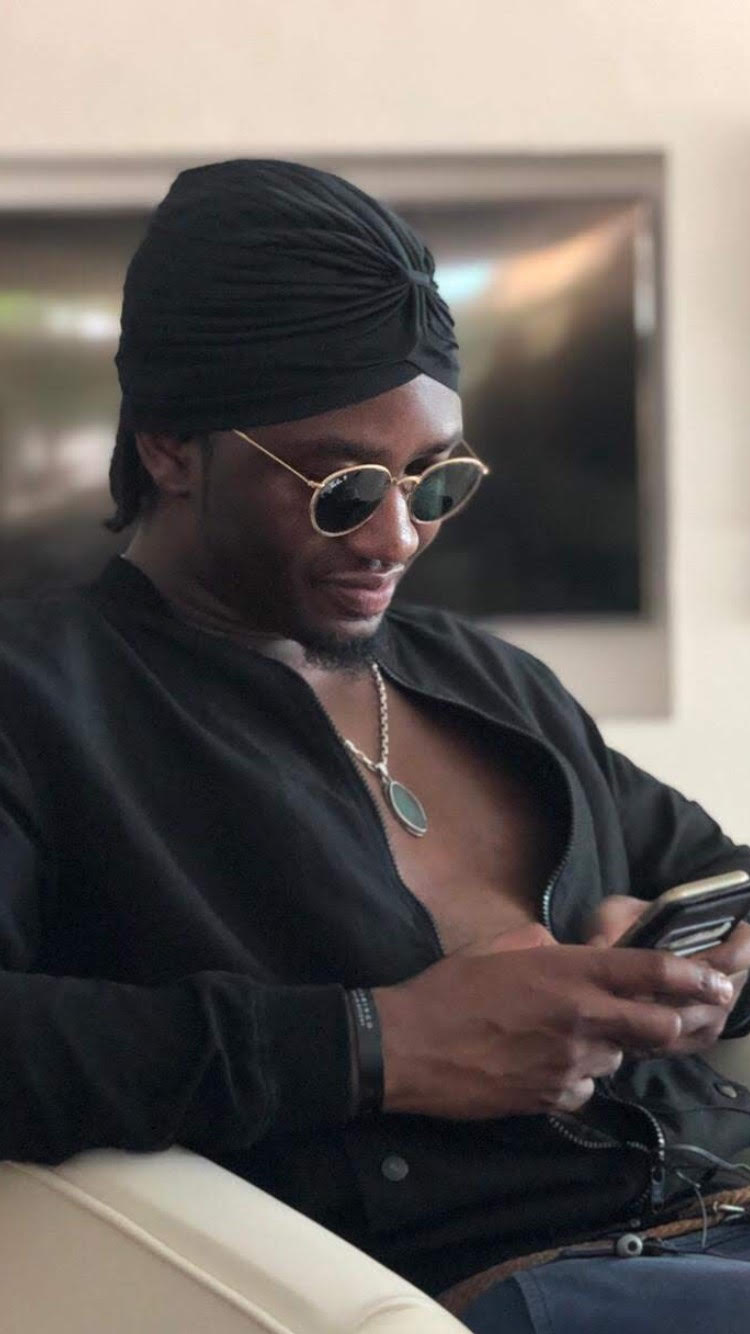 Age at the time: “I will keep this one to myself… sorry ladies” | Where: Strip Club (a skanky one, far from the type you see on TV | Who initiated: Him

We sat back and enjoyed the show, but to be honest strip clubs aren’t my thing. Nonetheless, it makes for a good story. I would say that the extreme levels of seediness in that club got in the way of any sexual chemistry on our end. This still holds up as one of my big regrets that we failed to build up on.

The lady I was with felt highly uncomfortable when the lady on the pole lifted her leg over her head, exposing all the blessings God gave her. We left shortly after that, losing any appetite we otherwise would have had for a meal. 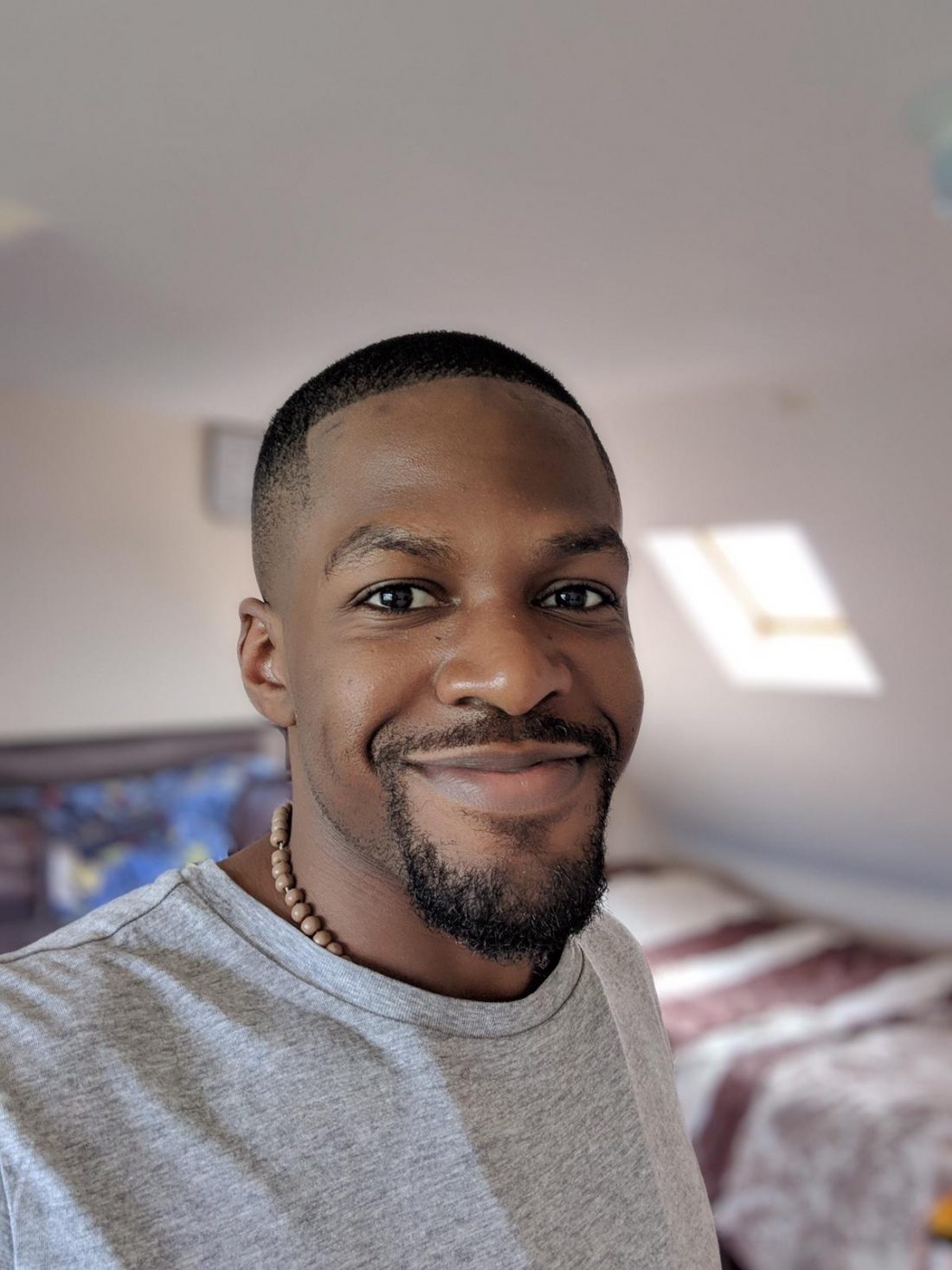 Age at the time: 23 | Where: Theatre to watch Matilda and then the cinema to watch The Hunger Games | Whose ideas: Mutual

This was our last night out before we had our first child. We went to the theatre in the West End and were pleasantly surprised by how much we enjoyed the show. After coming out, we didn’t want to go home so looked for something else we could do at 11:30 pm suitable for a six-month pregnant woman. The best we could find was a late-night showing of The Hunger Games at the cinema, and again we were surprised at how much we enjoyed the experience.

What was the most memorable part of the date?

The feeling that the night was still young after leaving the theatre. My wife isn’t much of the spontaneous type, but it was nice to see her lean into it and have a good time.

What was your approach towards your date?

Creating memorable moments. It’s not so much about what we’re doing but our mindset while we were doing it. I like a date to give us the time to not worry about problems or responsibilities, to provide us with space to be grateful for where we are at, dream about where we want to be and laugh during the process.

I’m not sure about before but after, I felt elated that I had a child with this wonderful woman and happy for the memories we were creating. 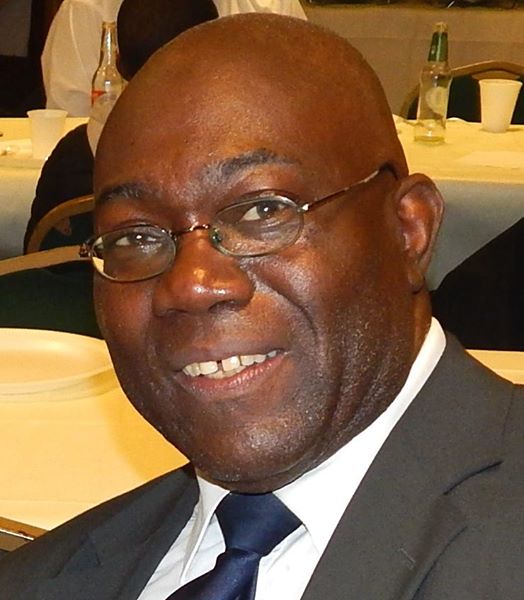 What did you do on the date?

We ate, we drank, we talked and exchanged views and experiences to try to get to know each other better.

A strong memory was the excitement and thrill of being with that person on the Kings Road and the pressure of trying to put on a good impression. She was an attractive and interesting person.

I felt good before and felt better after. In the long run, things didn’t work out, but it was good to try. 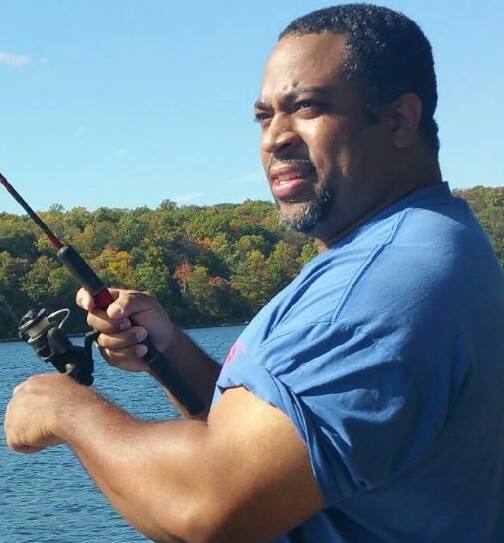 How did you meet?

She told me she was in there for a parking ticket in an unmarked handicapped spot, I was there for an expired license. I asked her name, and she said Ines, I told her my name and got the usual, “what?”.

After some more light conversation, she asked for my number, which I thought was a nice change from me asking. I felt so relieved. I called her on the weekend and made a date for the following weekend.

What did you do on the date?

She had recommended a flamenco show in Atlantic City. We attended the show during which she held my hand numerous times and placed her head on my shoulder. Her hair was down and had the scent of berries.

After the flamenco show, we took a walk on the boardwalk by the beach. It was fall, so the weather was chilly. She folded her arms, and I wrapped my arm around her shoulder while we walked by moonlight. We sat on a bench and discussed life and some of the things we wanted like a better job, a family and a house in the suburbs but after more travelling, of course. These intimate moments are my favourite part of the date because all the world seems to fade away to the background and it’s just us two.

There were fewer people in this area, so we took advantage of the opportunity with kissing and cuddling before heading back to her place to finish the date. It was a memorable night.

Need a break? These 10 travel ideas could be what you are looking for

@Melanmagazine
@imlindae https://t.co/tdiKyf9ZN8
2 hours ago
Nope review: “Society’s relentless obsession with capturing ‘content’ is the real monster in Jordan Peele’s latest… https://t.co/HH74c5BZIq
4 hours ago
"To me, there is nothing sexier than looking at yourself and loving what you see." Presenter and model @imlindae… https://t.co/9lkEA1qg2e
9 hours ago
Madeira is a sun-soaked destination that captures the ease of a European break and the colours and culture of a tro… https://t.co/7NKDfNPc2L
6 days ago
“Standing still is going backwards. To see people just be excited and leave empowered and inspired, with actionable… https://t.co/CJZhg4PYly
6 days ago
Follow