HBO’s Ballers is one of our guilty pleasures at Melan Magazine Towers. The testosterone filled hit comedy-drama series starring Dwayne “The Rock” Johnson, as Spencer Strasmore, is enjoying the accolade of being HBO’s most watched comedy in six years.

It must take a special kind of woman to roll with the talented (and attractive) cast. Multi-talented actress and producer, Stacy Rose, who plays Dr Robbins in HBO’s Ballers, spills the beans on what it’s like to get up close and personal with Dwayne Johnson (The Rock), producing an exciting new film scheduled for release next year, and how home will always be Jamaica.

Melan Mag: What attracted you to the role of Dr Robbins?
SR: I am generally attracted to characters that depict women and more specifically, women of colour in a positive light. Dr Robbins is a brilliant, sharp and confident Neurologist who is not afraid to go toe to toe with the occasional difficult patient. She is a woman in control and I like that. I think it’s important for young women to see these types of female characters on TV.

MM: What’s it like working with Dwayne Johnson and the other actors?

SR: I have been truly blessed to be a part of such an amazing show. The cast and crew are wonderfully talented professionals. My scenes have all been with Dwayne and as a woman, every moment on set with him has been a thrill! As an actor, it was fascinating to watch him work. He is extremely talented and he brings the role to life in very interestingly nuanced ways. It has been a joy working with him.

MM: Can you share a secret about Dwayne Johnson?
SR: LOL! I don’t have any secrets to share, but I must note that he smells amazing! LOL!

MM: What’s the role you are most proud of in your career?
SR: I have had an opportunity to work on some truly wonderful projects thus far in my career and I am proud of all of them. However, Ballers has been the perfect storm. Everything seemed to align with this series. I worked with a phenomenal cast, particularly megastar Dwayne Johnson, a stellar crew, the ground-breaking HBO. We shot in Miami, which is my backyard and I played the role of a neurologist. How cool is that?

The series has also given me an opportunity to broaden my sphere of influence.

MM: Any upcoming film roles?
SR: My next film is Break the Stage. I play the role of Wyvonne, a teacher who mentors an exceptionally talented group of students who, through a bit of heartache and pain, learn to work together in order to qualify for a National Step Competition. 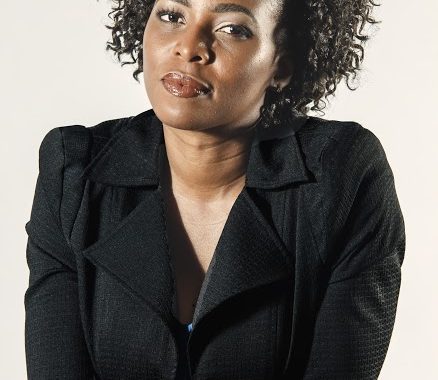 MM: Tell us more about Break the Stage? Will we be able to view it here in the UK?
SR: It’s the story of a troubled teenager who must come to terms with her personal demons in order to lead her step team to the National Finals. It’s a fun, feel good, get up and dance type of film. It should hit UK screens next year (2017). 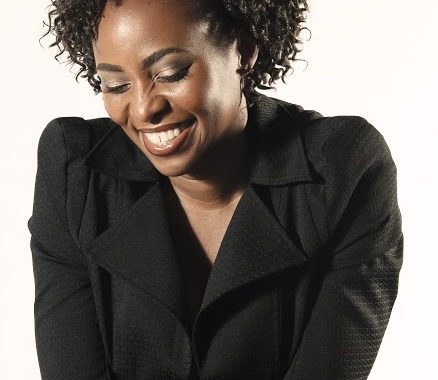 MM: You were born and raised in Jamaica, what do you miss most about the island?
SR: Ahh! Let me just say that I love Jamaica! It’s home. I can’t quite describe it, but I get a special feeling whenever I am there. I still have a lot of family on the island and the thing I miss most is being there with my family at Christmas time. The laughter, the food, the faces, my Aunt’s out of this world Rum Cakes. I miss all of it.  I try to go back whenever I can, which is not nearly enough.

MM: Which three actress do you admire most?
SR: Oh wow! There are some really amazing actors who inspire, challenge and simply take my breath away. My top three are Cate Blanchett, Meryl Streep and Viola Davis.

MM: What is your beauty routine, off camera?
SR: I don’t really have a beauty routine. Is that a bad thing? LOL! I have more of a lifestyle approach to beauty.  A balanced, healthy diet, lots of water, rest and using natural products to keep my skin clean and moisturized are all very important to me.

MM: What’s your favourite holiday destination?
SR: Definitely Jamaica! It just doesn’t feel much like the holidays if I am anywhere else.

MM: What’s next for Stacy Rose?
SR: Right now, we’re working on getting “Break The Stage” through post production and I also have a few projects in development which will be announced soon.

Striving to be a better parent? Try these three top tips

Isatu Harrison, a survivor and entrepreneur