Looking for your next book binge? Enter our competition to win Namina Forna’s New York Times bestselling debut novel The Gilded Ones AND its follow-up The Merciless Ones!

Unmistakably providing a dazzling addition to the YA fantasy world when it launched last year, Namina Forna’s stellar debut, The Gilded Ones hit bestseller lists around the world. We reported on how within weeks the first in the book trilogy was picked up to become a film, with Namina herself getting signed to write the script.

The Afrofuturistic world that Namina created is set in a West African-inspired Ancient Kingdom under oppressive patriarchal rule. We meet 16-year-old Deka who discovers her destiny as a near-immortal with magical powers when she makes the discovery that she bleeds gold.

In the newly released second instalment of the epic fantasy, The Merciless Ones, it’s been six months since Deka freed the goddesses in the ancient kingdom of Otera and discovered who she really is … but war is waging across the kingdom, and the real battle has only just begun. For there is a dark force growing in Otera – a merciless power that Deka and her army must stop. Yet hidden secrets threaten to destroy everything Deka has known. With her own gifts changing, Deka must discover if she holds the key to saving Otera …or if she might be its greatest threat.

Namina’s series transcend the YA genre and will have anyone who reads the books transfixed with the themes and discussions around patriarchal systems and the ways in which these harm both women and men. The books offer a mature exploration of power and the ways in which this can be so easily twisted and corrupted, as well as the aftereffects of trauma, the process of healing and the bonds of sisterhood. All themes which are extremely topical right now.

Children of Blood and Bone: A review

Add to all of this, the witty humour, simmering romance and Namina’s extraordinary world-building in the books, readers will soon be hooked and vested in Deka’s journey and the world of The Gilded Ones.

Three lucky winners will receive a copy of the bestselling, award-winning The Gilded Ones novel as well as the latest book, The Merciless Ones.

Doing the following actions will make us like you even more (we will be checking): Sign up to receive our weekly newsletter using the link below.

We will randomly select the winners of the competition on Friday 24 June 2022 – Keep an eye on our socials, it could be you!

Terms and Conditions apply. Only open to UK residents. 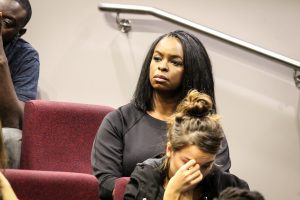 “Film is such a passion of mine I never turn off”: Jennifer G. Robinson

@Melanmagazine
What’s better than a delicious, healthy salad on a warm Summer day? Our Dish of the week, Rainbow Fusilli with Waln… https://t.co/HxR37eHmYF
5 hours ago
Fatherhood platform co-launches new “Working Dads Employers Awards”. Parenting platform for men @MFFonline_ and… https://t.co/UpVtpltxHD
11 hours ago
These are the three things I will prioritise as I become a step mum. https://t.co/YHmrEF05j5 https://t.co/UsabA18IJJ
22 hours ago
Quick reminder to not miss out on entering our #giveaway of @NaminaForna epic fantasy novel giveaway. Ends on 24 Ju… https://t.co/I1V2bwxlWr
yesterday
Melan Mag reviews: Lightyear tells the backstory of one of the Toy Story franchise’s best loved characters and both… https://t.co/gN2esKstSe
yesterday
Follow