Capturing the twists and turns in the lives of three generations of Black women, celebrated American author Emily Bernard’s memoir, “Black is the Body” takes a heartwarming look at the complexities of race, womanhood, motherhood and friendship.

During a transatlantic interview earlier this month, we spoke to Bernard about the inspiration behind her memoir and the stories behind the 12 deeply personal essays that make up the book.

Celebrated author Emily Bernard, a professor of English at the University of Vermont, is winning accolades for her most recent book, Black is the Body: Stories from My Grandmother’s Time, My Mother’s Time, and Mine which recently won the Christopher Isherwood Prize for autobiographical prose in the Los Angeles Times 2020 Book Prizes competition.

Bernard, who grew up in Nashville, Tennessee and received her PhD in American studies from Yale University, said she was compelled to write the essays after reflecting on an incident which happened years earlier when she was stabbed in a coffee shop in August 1994.

“Suddenly, without warning, the man pulled out a hunting knife and began randomly stabbing customers…”

“I was sitting in a coffee shop in New Haven, Connecticut minding my own business,” Bernard recalls, who at the time was a Yale graduate student. “But in a coffee shop, you never know who will walk through the door.”

Bernard said she noticed a man who rode up on a bicycle and boldly entered the coffee shop. He seemed to be acting oddly.

The man seated himself at a nearby table near Bernard and began to survey the customers. Suddenly, without warning, the man pulled out a hunting knife and began randomly stabbing customers, a total of seven, including Bernard. The man lunged at her and stabbed her in the stomach. 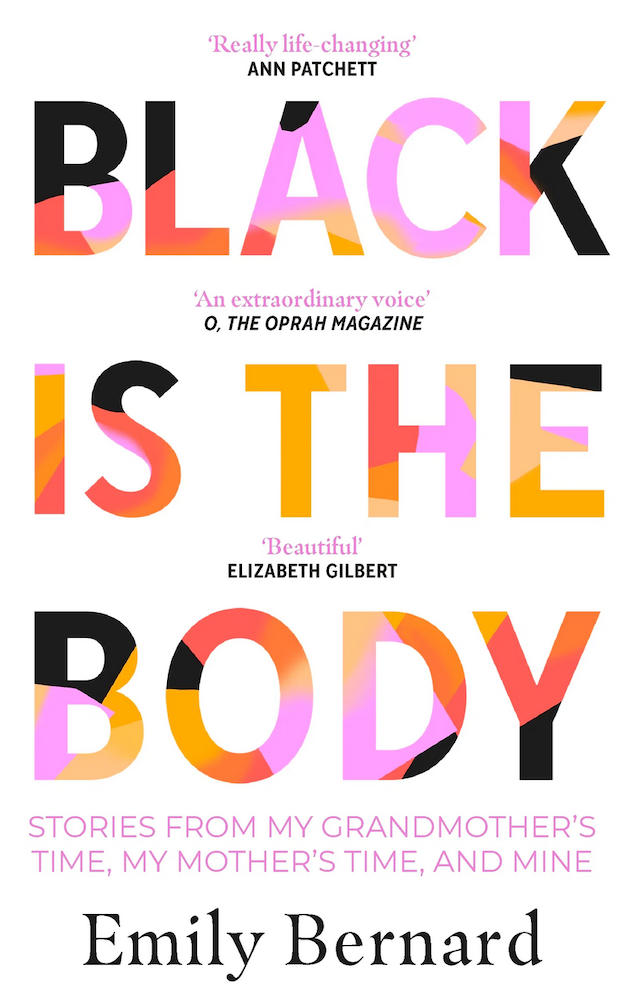 “I looked in his eyes and there was nobody there,” Bernard recalls. “In a way, I was lucky that he only had a knife. It’s a strange kind of danger being at the wrong end of the hunting knife when the stranger is obviously mentally ill,” she said.  “He was a paranoid schizophrenic, and he was truly out of his mind.”

The man escaped on his bicycle but was caught by police. Bernard was rushed to the hospital.

She conceived the essays in 2001 while recovering from another surgery on her lower bowel. Bernard said she still experiences several pains from the wounds that have formed scar tissue.

“The attack unleashed the storyteller in me,” Bernard said. “Scar Tissue” took her years to write and ultimately changed the way she moved through the world.

“I don’t travel in the same way anymore,” said Bernard, adding that she is much more cautious about her surroundings.

In her essay “Going Home”, Bernard pays homage to her mother and grandmother.

“I wanted to relive and invite the experiences of these women who no longer walk the earth,” said Bernard. “My ambition was to honor the glory of their everyday lives.

“My grandmother had a very hard marriage. She had few choices and there were a lot of rules of behaviour she had to follow, such as how to care for her children.

“There is so much strength in our ancestors and I wanted to give them life, breath and to write about the everyday choices that women make…”

“There is so much strength in our ancestors and I wanted to give them life, breath and to write about the everyday choices that women make,” Bernard reflected. “I wanted to let their sunlight shine. I wanted to tell their stories of how they both empower us and hold us back and know what we should let go of in order to move forward.”

In “Motherland,” Bernard writes an essay about international adoption and chronicles traveling to Ethiopia to adopt her twin daughters, Giulia and Isabella. She has been raising them to embrace their Ethiopian and American roots but bemoans the fact that at the tender age of six, the twin girls became aware of race.

Other essays include “The N Word,” where Bernard recalls facing a room full of white faces who had never been taught by a Black instructor; marrying an Italian white man from the North and introducing him to her southern family; and in “Intersections”, traveling with her family through the South with her white husband at the wheel. The car gets a flat tire and the fears of her Trinidadian father come to the surface about being stranded in the South where historically Blacks could be beaten up or worse by whites.

In summary, Bernard said that the essays are also about a Black woman moving through traditionally white spaces in America.

The author said she is overwhelmed by the response she has received from readers who have read the book.

“When I wrote this book, I thought it would be a quiet book of essays. People have had responses to this book that have been very moving to me. Making connections with the reader has been tremendous,” Bernard said.

Black is the Body: Stories from My Grandmother’s Time, My Mother’s Time, and Mine is published by Penguin Random House.

This article was written by Shirley Hawkins