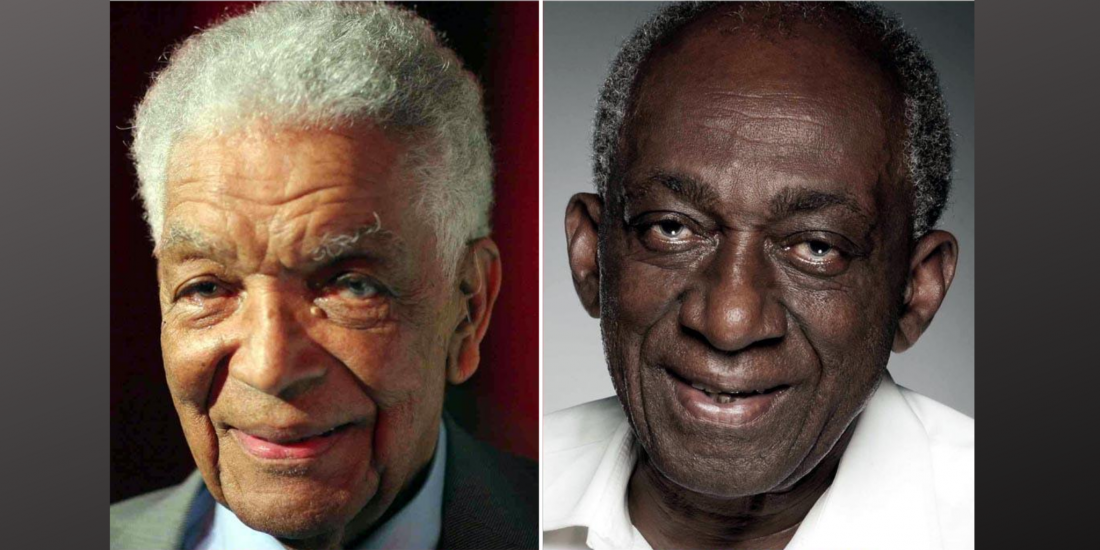 Gambian-born British actor Louis was one of the first Black actors to work with the Royal Shakespeare Company and had an inspiring career spanning 55 years in TV and on stage. He died, aged 81, in June of this year and was known for both his performances and activism.

Earl Cameron was appointed a CBE in 2009 having begun his acting career in the 1950s. He appeared alongside James Bond star Sean Connery in Thunderball and with the original Doctor Who, William Hartnell, to name a few. Earl was still acting in his nineties. The centenarian died in July, aged 102.

To honour the memory of these Black men, Screen Nation plans to produce tribute films as part of the Black Heroes in Motion project but needs the public’s support to bring them to life.

“Together these truly incredible screen stars can be described as possibly the most significant Black British screen talents to have ever lived.”

A spokesperson for Screen Nation, also known as the “Black BAFTA’s” said: “Together these truly incredible screen stars can be described as possibly the most significant Black British screen talents to have ever lived. Earl Cameron, without a doubt, was the first actor to break the colour bar and is popularly known as ‘Britain’s first Black film star’.

“Since its inception, Screen Nation has honoured the lifetime achievements of the most significant senior Black British screen professionals, bestowing honours and producing tribute films for legends such as Lenny Henry, Carmen Munroe, Rudolph Walker, Mona Hammond and more.

“This year for the first time ever due to the Covid-19 emergency, the Screen Nation team couldn’t perform their usual task.”

Top Black British film and TV historian Stephen Bourne is just one of the contributors to have already been confirmed to feature in the documentaries, which will be produced by the BBC’s Brenda Emmanus amongst other broadcasting pros.

A fifth of the £5,000 fundraising target has been raised so far. Donors are being encouraged to leave their name and comments so they can be thanked when the film hits screens.

To donate, visit the Black Heroes in Motion page.

@Melanmagazine
Should your therapist be Black for you to fully get the benefit of the experience? Throwback to when we explored… https://t.co/AXpkFIoYMR
4 hours ago
Need something to read? Throwback to our Seven Days in June review. ''The idea of a love that started in their te… https://t.co/wTO3WR5SwB
16 hours ago
Do you struggle to switch off every night? Here are four tips for better sleep. ''The benefits of going to bed an… https://t.co/cJDzuCVuxV
23 hours ago
Introducing indoor plants into your home might be the new look you’re craving, but did you know that they can help… https://t.co/26RCgsmTNy
yesterday
Try these three salad recipes from raw-food chef Valerie McKen. Good health and eating well go hand in hand and i… https://t.co/3Zw82QREGM
yesterday
Follow