With the weather turning decidedly cooler, many of us are already in full hibernation mode. It’s hard to muster up the enthusiasm for a brisk evening jog or a session at the gym when it’s pitch black outside by 3.30pm! Thankfully we’ve got some expert advice on making your meals count and how to feel fuller for longer.

Staying trim and healthy shouldn’t be about losing out. Meals should satisfy and that’s why Dr Michael Mosley and The Fast 800 have joined forces to bring us the science behind how you can feel fuller for longer. They’ve done the hard work and rounded up the research to give you a three-step guide.

Step one: the three Fs

Did you know that many of us are walking around in a constant state of dehydration, totally unaware of the health risk being dehydrated poses? When you’re not getting enough water, you’ll be sluggish, lethargic, and most likely mistake thirst for hunger. Drinking plenty of water can help you feel fuller for longer, so make sure you stay hydrated.

We’ve been told all our lives to avoid fat. In response, the food industry has offered a range of sugar-laden low-fat ‘diet’ foods; obesity rates, meanwhile, continue to soar. But far from being a cause of weight gain, ‘good’ fats – rich in mono-and polyunsaturates – powerfully curb the appetite, slowing the rate at which the stomach empties and so delaying the point at which it signals for more food. To feel fuller for longer, select olive oil, nuts, oily fish and (in moderation) full-fat dairy products.

The more fibre you eat, the happier your gut will be. Fibre promotes a better gut microbiome, increasing the levels of good-mood chemicals that are picked up by your brain. In addition, fibre induces release of a chemical called “PYY” which reduces appetite. To feel fuller for longer, then, pile your plate with fresh vegetables (especially greens), unprocessed grains and legumes.

It is well known that moderately increasing the amount of protein in your diet can help you to feel more satisfied after meals. What is less well known, though, is that the time of day that you eat protein also matters.

To test whether protein at the first meal of the day could help people to feel fuller for longer, a US-based study in 2014 divided volunteers into three groups. One group ate a breakfast containing 35g of protein; the second group ate breakfast containing 13g protein; the third group, meanwhile, skipped breakfast altogether. Later on that morning, the volunteers were tested for levels of dopamine, the chemical that drives our reward circuits. They were also asked to rate the intensity of their pre-lunch food cravings.

The results were clear: of all groups, the high-protein breakfast group recorded the highest dopamine levels and lowest pre-lunch food cravings.

Eating protein at the first meal of the day helps you to feel fuller for longer because after a protein meal, levels of a chemical called tyrosine – a building-block for dopamine – rise inside the brain. By increasing its own dopamine supply as the next meal approaches, the brain experiences a much weaker dopamine hit’ from high-calorie food.

This does not, of course, mean that you have to eat breakfast early in the day. For many, a midday ‘breakfast’ helps to extend the period of non-eating and so draws down the full benefits of fasting. But what it does mean is that when you do break your fast, eating a higher-protein meal will help to stave off sugar cravings later on.

“Junk food is trap food, designed to make you lose money and gain pounds. As a guide, the more aggressively it is advertised, the worse it probably is for you.” 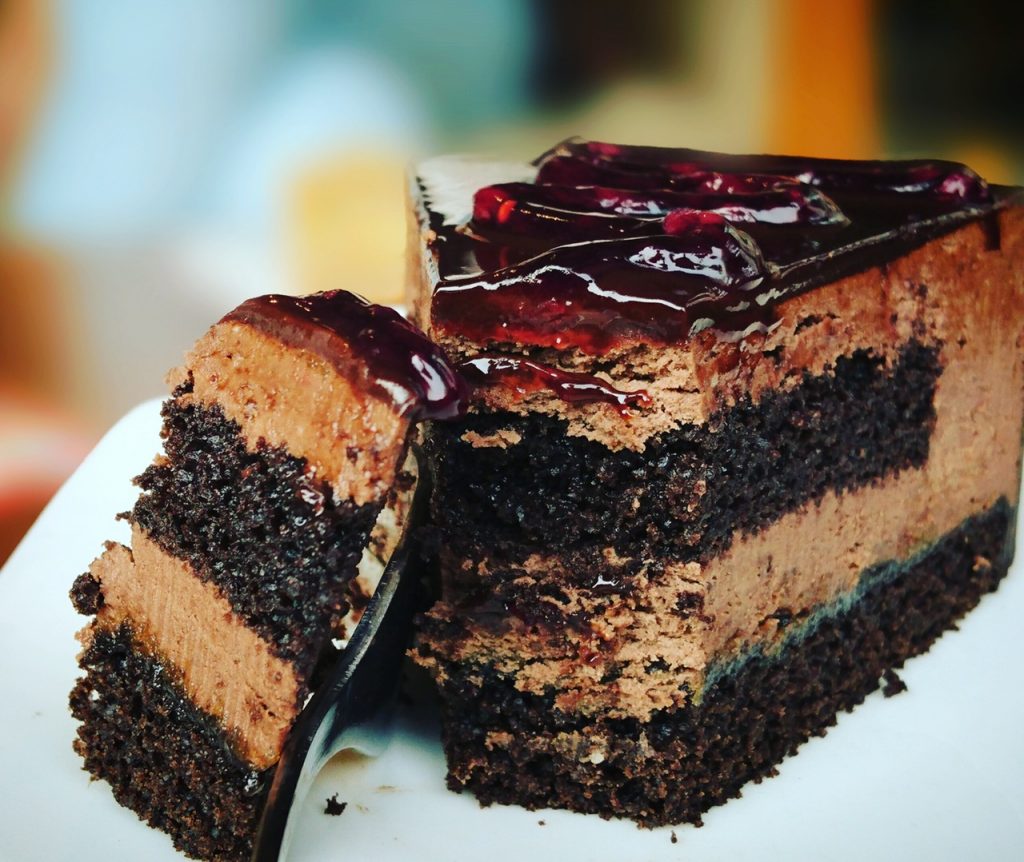 Have you ever wondered why it is so hard, once you have started eating junk food, to stop? Just as the right foods help you to feel fuller for longer, the wrong foods can do the exact reverse, throwing our brains into a cascade of craving.

Abundant, energy-dense, hyper-palatable foods are an incredibly recent arrival in our food environment. In three million years of human evolution, nothing has prepared us for it. In consequence, our brains are completely unequipped to cope with the intense reward that such food delivers, and switch to ‘more- and-more’ mode after the first bite, especially if we take that bite when we are hungry. Junk food is trap food, designed to make you lose money and gain pounds. As a guide, the more aggressively it is advertised, the worse it probably is for you.

If you want to feel fuller for longer, keep away from it. When you’re out and about, bring a packed lunch; likewise, if you have to keep a stock of high-calorie snacks in the house for children, keep it locked up and away from the kitchen.

So, in summary, to feel fuller for longer, take a few simple steps – choose more of the right foods – especially good fats and fibre – avoid the wrong foods, eat protein, and eat it early. Like happiness, fullness really is a gut feeling.