When most of us think of breast cancer, we don’t usually associate the disease with men.  Although it is rare, men do get breast cancer and about 390 men are diagnosed with the disease each year in the UK. 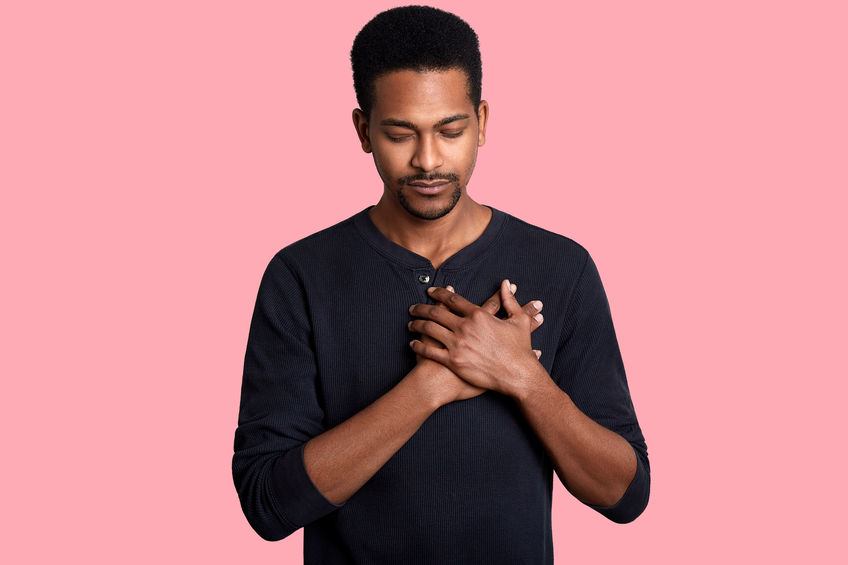 We can all support the men in our lives by encouraging them to learn about the signs and symptoms of male breast cancer. There is a significant chance of survival if the disease is detected early and it’s important to remember that anyone can get breast cancer.

Beyoncé’s father, Matthew Knowles, recently opened up about his personal battle with breast cancer. In a television interview he said he noticed a “small, recurring dot of blood” on his shirt two months ago and he immediately went to his doctor.

“It was very clear that I had breast cancer,” he said. “From a man’s perspective, I’m thinking, ‘Why me?”

The 67-year-old, record executive and businessman has since undergone surgery and is now on the road to recovery. He is now encouraging men to get checked if they notice any changes to their breasts, he said: “I’m hoping by me coming here today and speaking about it, letting folks know that you can survive this, but it has to be early detection, I can’t overemphasize the world ‘early’ enough.”

For many men, male breast cancer carries a stigma

Because breast cancer is widely seen as a female illness, men may be embarrassed about a change in their breast or chest area and put off seeing a doctor. Some men fear that people will question their masculinity.

The biggest risk factor for male breast cancer is getting older. Most breast cancers are diagnosed in men between the ages of 60 and 70.

Men who have close female relatives (mothers or sisters) with breast cancer have an increased risk of breast cancer. The risk increases if the women were diagnosed below the age of 40.

Symptoms to look out for

A lump close to the nipple

According to the NHS, the most common symptom for men with breast cancer is a lump in the chest area, which is nearly always painless.

These cancerous lumps usually occur in one breast and develop under or around the nipple. They may feel hard or rubbery and do not move around within the breast.

A breast lump usually feels bumpy rather than smooth and gets bigger over time.

Oozing from the nipple

Men with breast cancer may spot oozing from the nipple. This discharge can be clear or streaked with blood and comes from the nipple without squeezing.

Another symptom is when the nipple starts turning inwards, known as an inverted nipple.  The nipple may also feel sensitive or itchy.

Lumps under the arm

Swelling of the chest area and occasionally the lymph nodes under the arm may also occur.  If this happens you will feel small bumps in the armpit.

A rash around the nipple

Some men with breast cancer may develop a sore or a rash around the nipple that does not go away. The nipple or surrounding skin can become hard, red or swollen.

Ulcers on the chest

Another main symptom to look out for is ulcers or sores on the chest or nipple area.

Breast Cancer Now recommends visiting your GP as soon as you notice any changes to your breast area that could correspond to the above symptoms.

This article was written by Traci Aina

Queen of the big reveal, Dorothy Koomson, returns with her latest thriller

The perfect place for a midweek dining experience: Orient London

@Melanmagazine
Looking for something to do this weekend? Enjoy the gripping tale of #Jitney by @AugustWilsonCC at the… https://t.co/aIFTAcikyB
6 hours ago
“Film is such a passion of mine I never turn off”: Jennifer G. Robinson, Director of Women of the Lens film festiva… https://t.co/YAjFUYRLnM
12 hours ago
One to watch: Yasmin Finney is joining the cast of #doctorwho as the character 'Rose' in the new series airing on… https://t.co/cXdz0VRyGK
23 hours ago
Thinking of summer holiday travel destinations? Why not travel to Val Gardena, Italy: Your Summer Gateway To the Do… https://t.co/VgjAJe8gJv
23 hours ago
The final trailer for @JordanPeele sci-fi horror film Nope is here. It’s scary, dramatic and nope, we still don’t k… https://t.co/dN9Ne1BrQo
yesterday
Follow