Tucked away in a quiet corner of Southwark Bridge Road, Borough, our second visit to Great Guns Social was just as memorable as the first time. Celebrated chef Grant Hawthorne has taken up a residency at the venue, bringing with him Mozambiquan-style flavours with a South African twist, straight from Grant’s Cape Town homeland. We visited the restaurant to try out the flavours of his African Volcano.

African Volcano refers to Grant’s award-winning peri-peri sauces and marinades, which evoke the feeling of African heat in your mouth, and is used in a number of his recipes.

Arriving at the charcoal-painted restaurant during a Friday lunchtime, we were greeted by a lovely waitress, and a perfectly cooled room, which was much needed following an eight-minute walk from Southwark station in 30°C heat! As the restaurant had just opened, it was expectedly quiet, which is great for those of you who prefer a quieter lunch. Another appreciated feature was the double sockets located behind each table, making it convenient to charge your phone, for a working lunch. Overall, the quality of service and availability of the waiters was top notch. 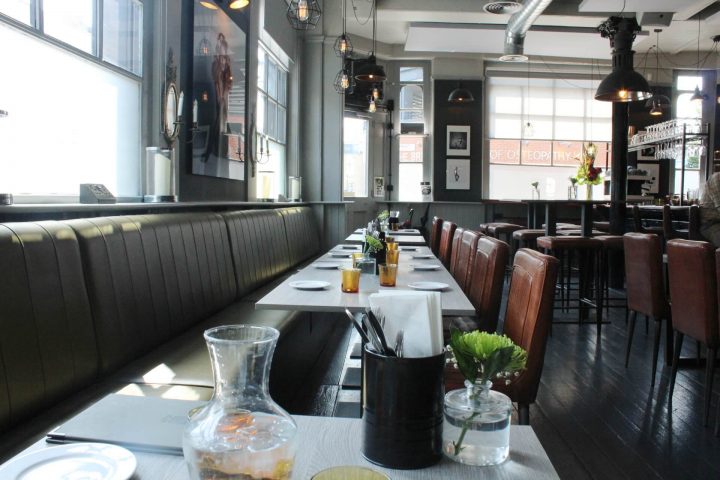 A key enhancement to any dining experience is when the staff know the menu, and this was the case here. The waiter recommended the Pineapple Apple Pen (£10), a drink infused with Pineapple, Raspberries and Pineapple juice; and we also ordered the Mai Tai (£10), a blend of house rums and Cointreau. Both drinks were delicious, leaning more to the sweet side. The Mai Tai struck the right balance between the fruitiness of the Cointreau, and the bitterness of the rum. 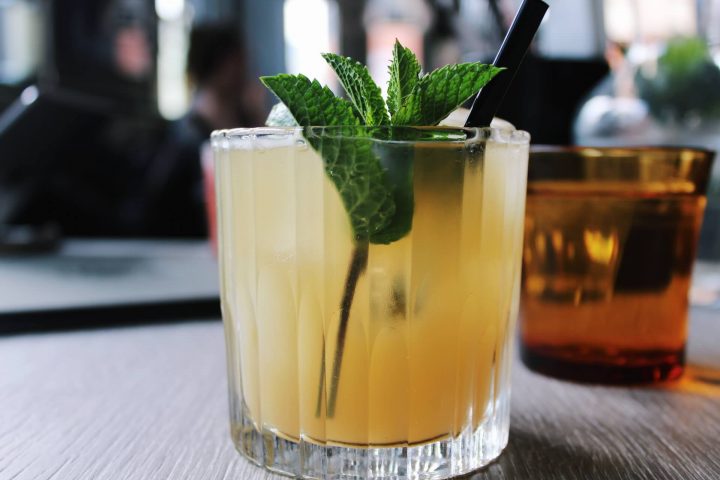 The menu is well designed for less decisive guests, as it isn’t overcrowded with too many dishes. The first starter ordered was the Pan-Fried Chicken Livers & Toasted Croute (£8), which was beautifully presented. The livers had a nice creamy texture, which was complemented by a thick, yet soft and spongy Croute. Although I would have liked the sauce to have had a slight kick of chilli to it, to balance out the sweetness of the gravy, it was still a delightful option. 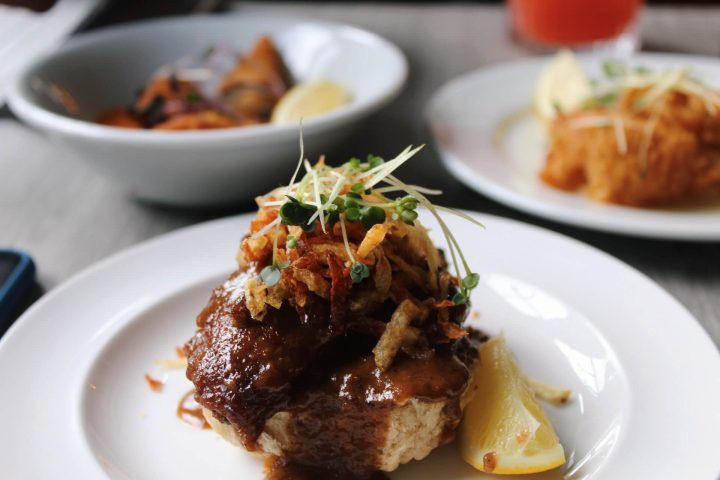 For seafood lovers, the menu has a number of tempting options including salmon, prawns, crab and calamari. We ordered the Rissois, Mozambique Style Crab Croquette cooked in Peanut oil (£9). Overall, the coating was perfectly crispy and golden, and lightly seasoned. Perhaps slightly more crab meat filling would have taken things up another notch, yet, the creamy crab-infused sauce was full of flavour. Both the chicken livers and the crab croquettes dishes were served with a tasty African Volcano peri-peri sauce, which was not overpowering and had a slight nice spicy kick to it. 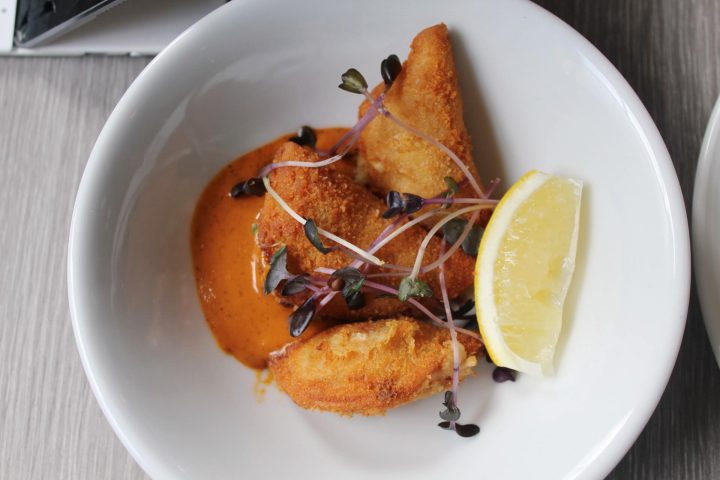 Next, we tried the Calamari served with Lemon butter (£8), which came in good thick cuts, and was accompanied with a crispy and lightly seasoned batter. 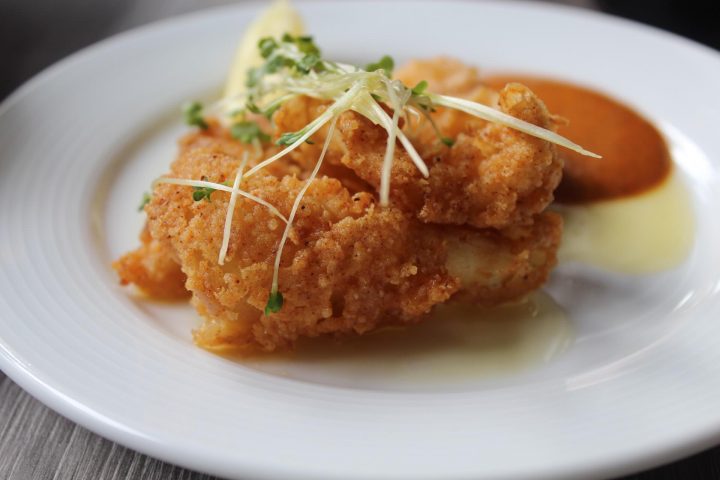 The ‘Bigger Plates’ section is dedicated to all the burger lovers. More impressively, for those of you opting for a less carbohydrate filled meal, you can replace your burger buns with a salad.

You can’t go wrong with a bit of bacon, so we ordered the Beef Burger with Treacle Cured African Volcano Bacon (£13). True to African Volcano’s name, this burger was an eruption of flavours. It was also a very large portion, be warned. This medium-rare beef burger was cooked to perfection, it was soft and juicy. Complementing the beef, the cheese and the bacon brought a lovely saltiness, whilst the burger bun was coated in a nice sharp tangy sauce. 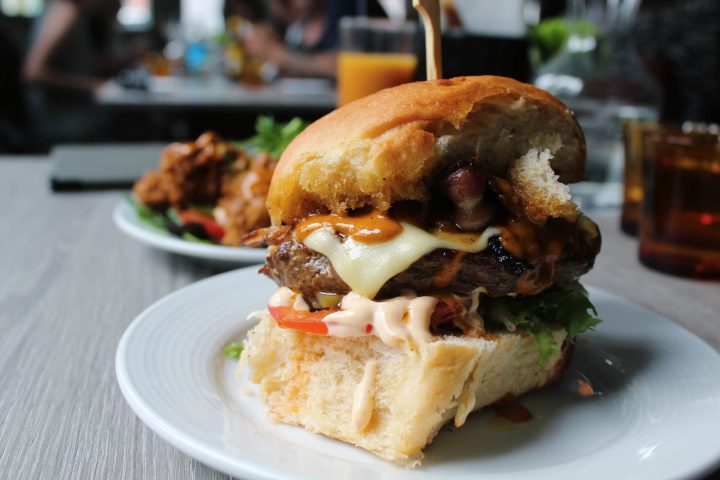 We also tried the Southern Fried Chicken burger with red onion and Spiced Mayo (£11). We ordered the salad version, which meant that the fried chicken was served on a classic salad with a spicy mayo dressing. A nice touch. 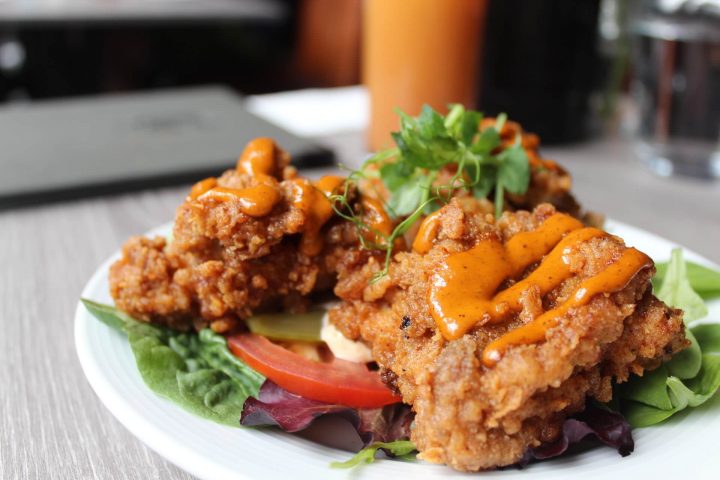 There’s always room for dessert in my book. We opted for the Portuguese coffee-flavoured custard flan. Due to its creme brulee type texture and consistency, this dessert was a light way to end a meal. It had a subtle yet, strong coffee flavour which was brought to life by the coffee drizzle on top. What’s more special about this dessert is that the coffee served at the restaurant, is provided by Old Spike, a social enterprise based in Peckham, London. 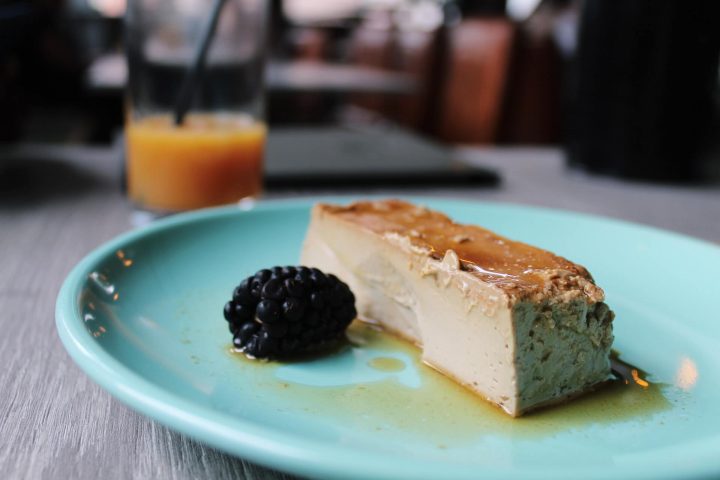 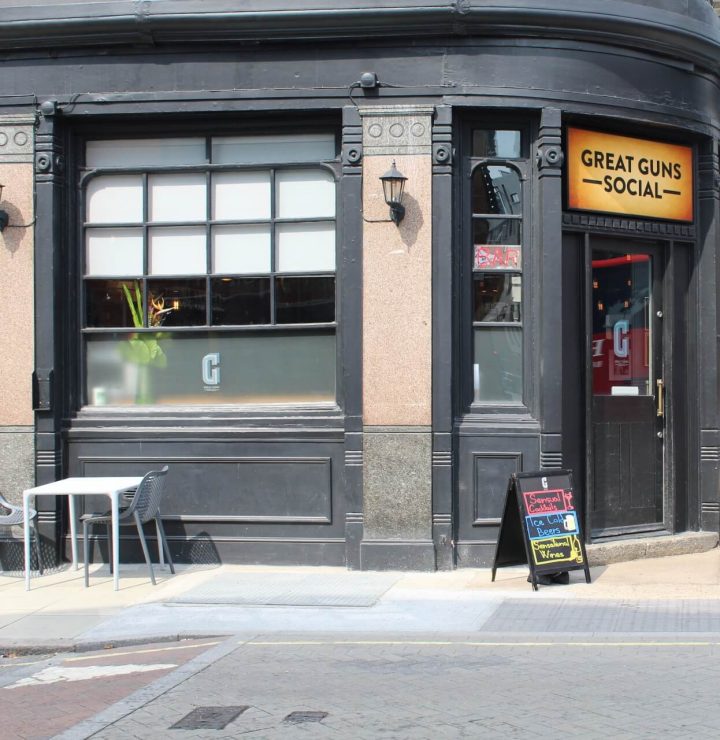 A triple whammy, the food, service and internal decor were impressive. From the outside, one would not expect the beautiful interior and the rare Mozambique-style food served inside. Great Guns Social reminds me of the old time saying: ‘Never judge a book by its cover.’

Out & About Roundup of events – 5 August to 5 September

A flavour of Spain in the heart of London: Reviewing Chiringuito