The Sellout is a 2015 satirical novel by author Paul Beatty. It won the 2016 Man Booker Prize, causing quite a storm in the literary world as Beatty was the first American to win the coveted prize.

Beatty, an Associate Professor for writing at Columbia University, is not new to the literary scene. He has had both poetry and novels published since the 1990s, for example The White Boy Shuffle and Slumberland (intriguing titles, right?). However, it is The Sellout that is his most notable and acclaimed work.

A review in The Guardian on the book, gives a clue to its popularity: “Every admirer of The Sellout, will likely have a different favourite line. There are more than enough surprising and galvanic jokes in this caustic-but-heartfelt work of satire to make that a possibility.”

However, if you have been living under a rock and haven’t heard of this book, it is an outlandish fictional story in which the narrator has a case vs the US Supreme Court. There are no holds barred, as Beatty takes aim at every single racial stereotype or issue in America, and all the things that come within, from slavery, to gentrification to minstrels. 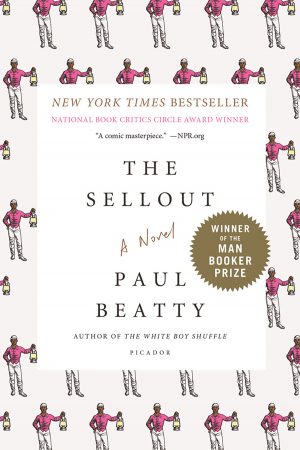 At first, I found the book quite hard to follow, the punchlines went over my head and what I did follow left me going wtf! However, on a second read, I had my eureka moments. Beatty’s wit is frank and endless and the volume of challenging topics he addresses vast. Plot wise, I found it a little tricky to follow, however, I think this is intentional, with the book being more about the journey than the actual beginning, middle, end prototype.

This isn’t a light read, so be prepared to give this book your full attention, a vacation or long weekend, could be the perfect time to pick up this and delve in, and follow this wackily clever novel.

Fashion is art but it is a business too: spotlight on Frederica Boateng

Breaking the silence on male infertility: the facts on the taboo health issue