Skin, the iconic lead singer of rock band Skunk Anansie, has long been a defiant and important figure in British music so the release of her debut memoir is hugely exciting news for her fans. 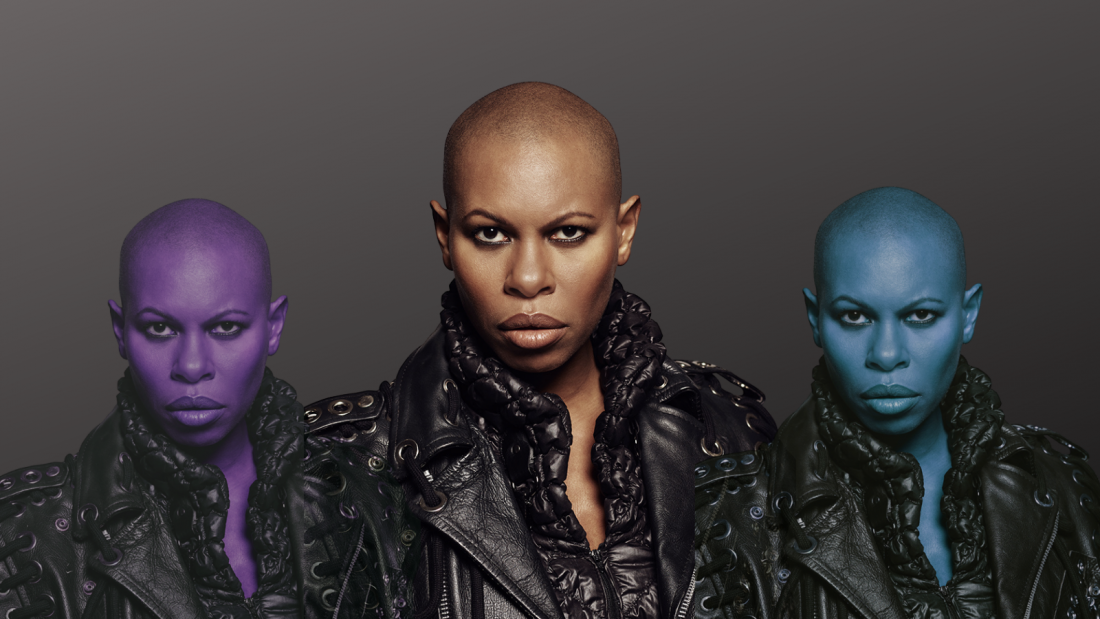 Skin – It Takes Blood and Guts is the story of how a gay, Black, working class girl from South London fought poverty and prejudice to become the lead singer in Skunk Anansie and one of the most influential women in British rock.

The Skunk Anansie frontwoman rose to prominence in the 90s having formed the band with bassist Cass Lewis and guitarist Martin ‘Ace’ Kent. They were joined by Mark Richardson and together the four-piece led the rebellion against Britpop with an unfaltering vision for their music and confidence in their uniqueness.

Finally my book written with my friend @lucyobrien61 is out tomorrow!! Eek! Can’t wait to see what you guys think about it! Lucy and I will be online at our @guardian virtual book launch at 7pm 2moro, before that catch me chatting with the wonderful @laurenlaverne on @bbc6music at around 9.15am ✊🏾🥂✊🏾 Available bloody everywhere ! 🌟#ittakesbloodandguts @simonandschuster @waterstones @amazon @applebooks @audible @guardian

Chatting with journalist Miranda Sawyer, the musician took part in a special Guardian Live event on the day of her book release as nearly 500 fans watched the conversation online. Newly-engaged Skin joined Miranda from her home in Ibiza, looking as radiant as you’d expect with her signature baldhead and blue-framed statement glasses.

This is what Melan learnt about Skin, 53, during this intimate talk.

It’s true that you can find inspiration in the strangest places, but you can “steal” (or borrow) inspiration too. Skin admitted she “steals stuff from everywhere”. Not stuff – but words and thoughts.

“I’m the world’s best eavesdropper,” she began. “I will steal pieces of conversation all over the place and sneakily put them in my phone. I’m always eavesdropping on conversation because I think people are fantastic and have all these little things they say to each other…I love it when someone’s telling a story and they’re really animated and then the other person just says one sentence back, and that’s the crucial sentence. That’s the ‘summing up’ sentence…. It’s about picking out those little gems and realising they’re gems, and creating something wonderful and new with them.”

“Our Patois was different because it had mutated into an English Patois….Everyone was talking and I didn’t understand a word…I felt so foreign.”

Skin’s upbringing in South London features heavily in her memoir and of course, has been a major influence on her worldview. To anyone wondering why her songwriting can be so political, she had this to say: “I’m from Brixton. If you grew up in Brixton in the 70s and 80s, how can you not have some part of yourself be political or empathetic to what you had to put up with and what the community around you had to put up with?” 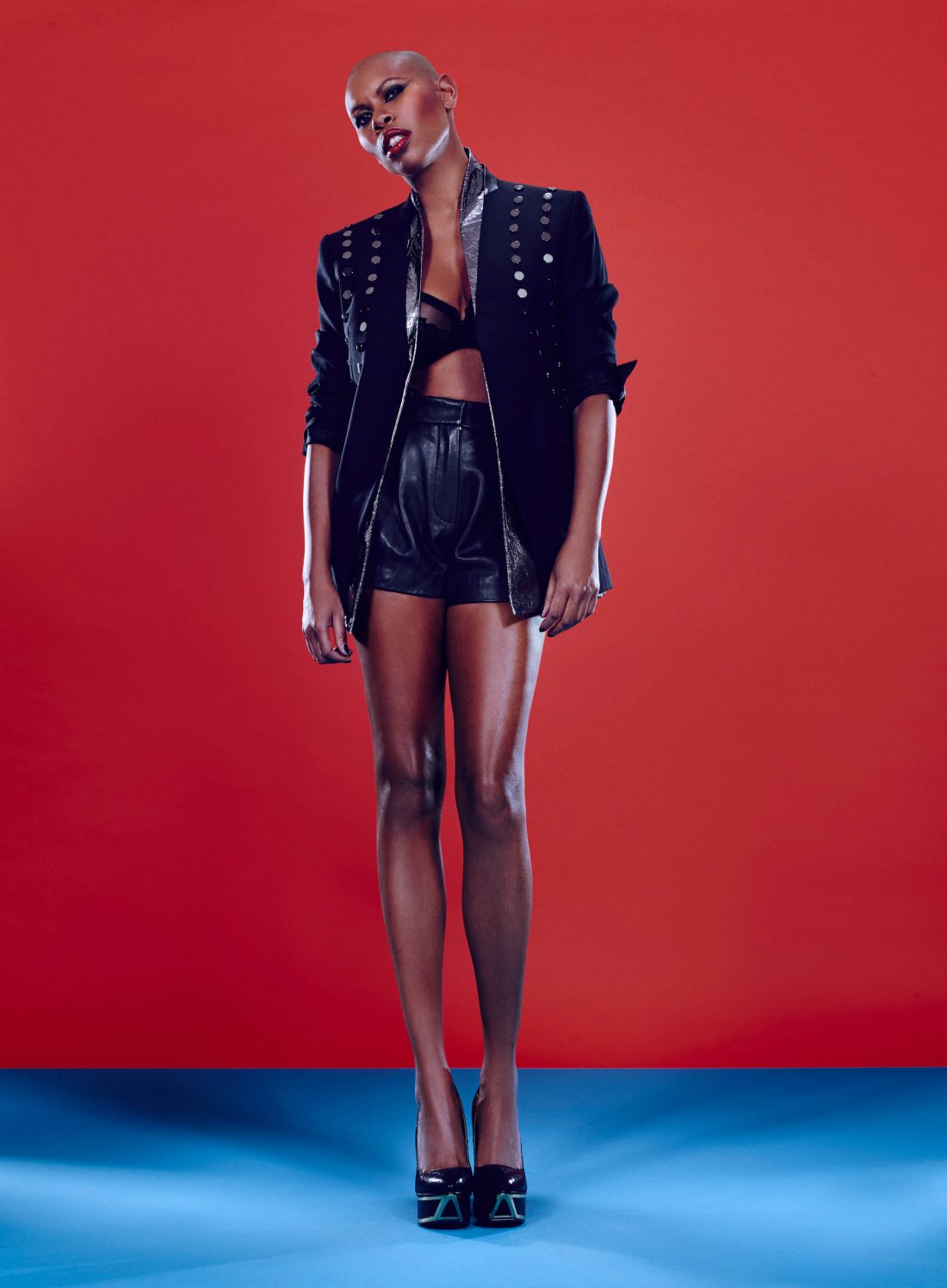 As the first generation in her family to be born in England (both Skin’s parents are Jamaican) there was a period of time she didn’t feel either Jamaican or British – a conflict many of us can relate to. Visiting Jamaica only worsened the identity crisis that “messed [her] up for a few years”.

“That was a real culture shock to be honest. When we’re in London, Brixton, we talk Patois and carry ourselves like Jamaicans and celebrate Jamaican Independence Day. We saw ourselves as mini Jamaicans. It wasn’t until we went to Jamaica that we realised they saw us as very British and very different…Our Patois was different because it had mutated into an English Patois….Everyone was talking and I didn’t understand a word…I felt so foreign.

“After that I was like, ‘So I’m not Jamaican. My mum’s Jamaican, but she’s like a real Jamaican. I’m like a Jamaican once removed. I’m the English Jamaican.’ In England, everyone would be like, ‘Where are you from?’ I’d say ‘I’m from London, England.’

‘No, no, where are you really from?’ Because there was this sense that you weren’t from England because you were Black.”

Once ‘quiet and timid’

It’s difficult to imagine someone who’s so electrifying on stage as being anything but extroverted. However, it was a confidence she grew into in part because of a horrifying experience when she was attacked by a man on her way back home from The Fridge nightclub in Brixton. The man then began to stalk and taunt her.

She said: “I’d never wish that to happen to myself, but in some ways it was a bit of a kick up the arse to stop being so timid and soft. I’d grown up quite quiet and timid and a little bit invisible, and I hadn’t really asserted myself anywhere. That [experience] changed something in me and gave me more inner strength and confidence.”

“I turned round and ran back to him and lost it, screaming my head off. I watched this gigantic figure that was really scary just turn into a little mouse.”

Skin would encounter her stalker at least once or twice a week and each time he’d remind her, “I know where you live”. One day, in anger, she decided to stop running from him, realising that the disturbing cat-and-mouse game may never end, which was when everything changed.

She said: “I was running and ground to a halt. I turned round and ran back to him and lost it, screaming my head off. I watched this gigantic figure that was really scary just turn into a little mouse. The more terrified he got of me, the bigger I got and then he ran away from me and I never saw him again.

“That, I think, was really the beginning of me becoming a much more confident lead singer and a stronger lead singer because there was something in overcoming that and writing about it that made me a better singer…I just wrote heavy metal rock songs after that.”

“Being a Black frontperson and being a Black, female baldheaded, gay frontperson, I didn’t have the same forgiveness or standard as everyone else.”

Skin resisted a lot of unfair pressure to conform to music industry norms and dealt with misogynistic and out-of-touch journalists who didn’t know how to write about her, so put the music down instead.

“When people feel uncomfortable or vulnerable or insecure about something, they’ll put that weight onto you and say you have to change. There’s something wrong with you. You are the problem. My very easy way of dealing with that was, ‘You can have that back because I’m fine. And I feel confident and I feel very happy being in this band, so I’m not going to take the weight of all that pressure and all the stuff you’re unhappy about. You can keep that. There’s no chips on my shoulders and I’m OK about it.’” 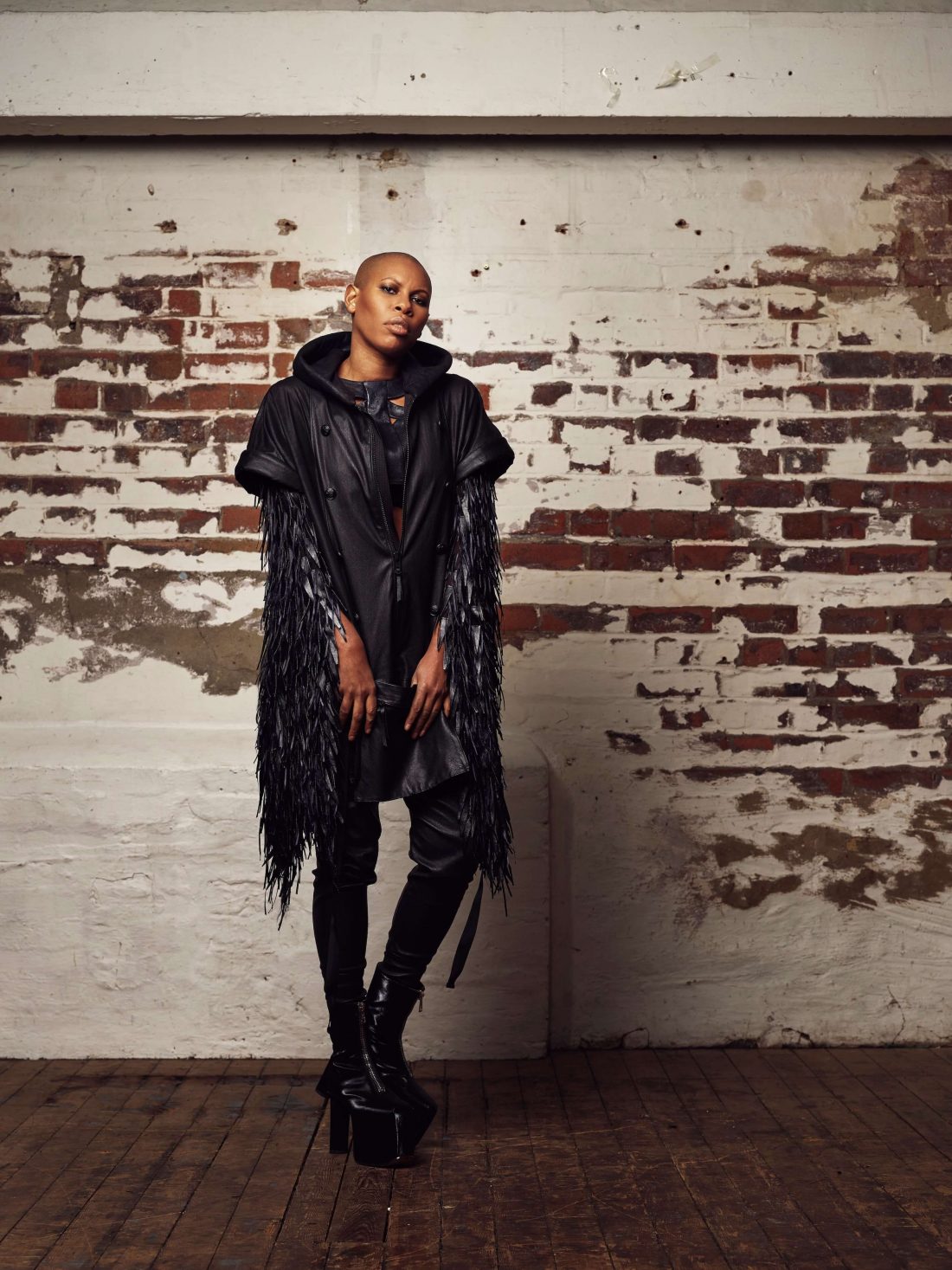 We’ll be taking this self-help hack through life – keep your chips and cracks, thank you!

No stranger to the pressure of being ‘five-times better’

The Masked Singer had her mum fooled

Skin did such a great job on series one of ITV’s The Masked Singer that not even her mum realised she was the duck. But she told the ladies on Loose Women after being unmasked that Skunk Anansie’s bass player, Cass Lewis, did recognise her voice, just not the large yellow duck on stage.

Talking to Miranda, she said: “Watching it was so much more fun than being in it, I have to say. I just think it was brilliant TV, it was mad hatter and just something really different and fresh on British television and people loved it…My mum didn’t know it was me until I literally took the mask off. Can you imagine? My own mother didn’t know it was me.”

She added: “It was a fun moment. I did it for a laugh and hopefully people don’t see me so seriously afterwards.”