A well-loved matriarch with an open-door policy when it comes to feeding her family and neighbours, Denise Samuels is the inspiration behind Aunty D’s Kitchen, an exciting new brand that makes delicious sweet and savoury jams with scotch bonnet as its base ingredient. 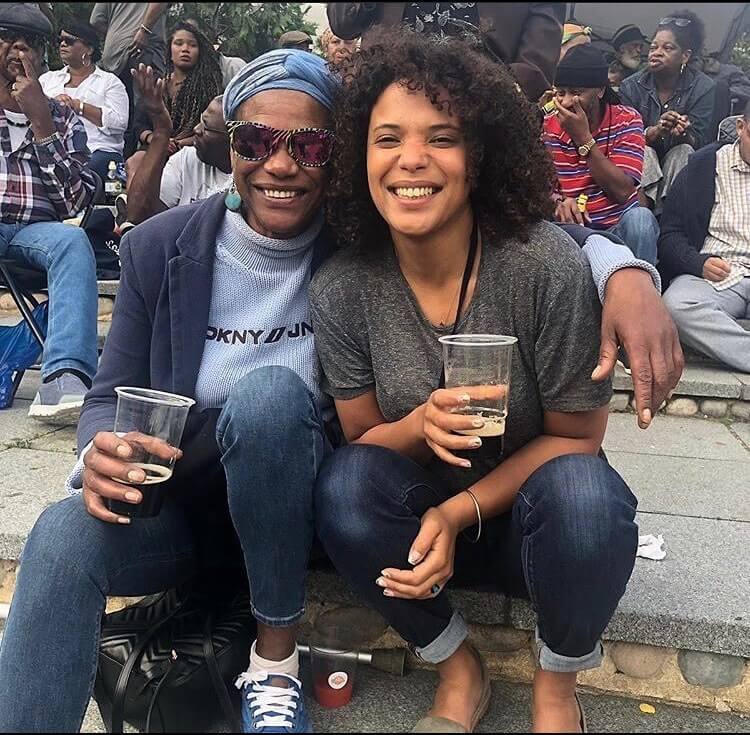 Ladbroke Grove-based Denise is known to her family, friends and neighbours as always having her door open and a welcoming, tasty dish to anyone who drops by. Affectionately known as Aunty D, her daughter Sharea Samuels didn’t hesitate to name her new chilli jam business after her mum.

“When a friend asked me to make chilli jam for her pop-up restaurant, I jumped at the idea, feeling confident of being the daughter of ‘Aunty D’ and surprisingly it was well received. People started asking where they could buy it, so that’s where the demand for this blend I created came from.”

“I went back to work with the help of my mother and set up the company in her name ‘Aunty Ds Kitchen’. Now, my chilli jam collection has expanded, and we now a small range including Roasted Red Pepper & Tomato, Mango & Ginger and Kiwi Apple & Lime.”

“It’s been a real journey. Some people are actually scared of scotch bonnet peppers so getting them to buy our products can be hard, but once they try it, they realise how much they love it and then come back for more.”

After tasting Aunty D’s Homemade Scotch Bonnet Jam, it’s clear that not all chilli jams are created equal. A truly superior and delicious, quality condiment that deserves to be in your food larder. No need to baulk at the fact that it’s based on scotch bonnet peppers either. The taste is more of a warmth rather than an all-out heat. As Sharea explains: “It’s been a real journey. Some people are actually scared of scotch bonnet peppers so getting them to buy our products can be hard, but once they try it, they realise how much they love it and then come back for more. I’m so glad they do as it’s something me and my mum have worked really hard on.”

Aunty D’s chilli jams can be enjoyed in a variety of sweet and savoury dishes, as Sharea shares:

“When it comes to the red one, we love to have it on bread and grate some cheese on top, before putting it under the grill and letting it melt.”

“We also love to have it with a cheese and crackers platter, add some hummus too. It’s also great on hot crumpets. It can be used as a dip for literally everything; salt fish fritters, dumplings, crisps, chips, nuggets. It can go on every plate of food and on every sandwich.”

“Finally, the green one has a nice, zesty flavour with bite so goes really well with anything crispy. Try it with a crispy duck or crispy chicken crackling.”