Tenerife, in the Canary Islands, is the largest and most populated seven Canary Islands in Spain. Its almost year-round sunshine ensures it is a favourite holiday spot for tourists from across the globe. 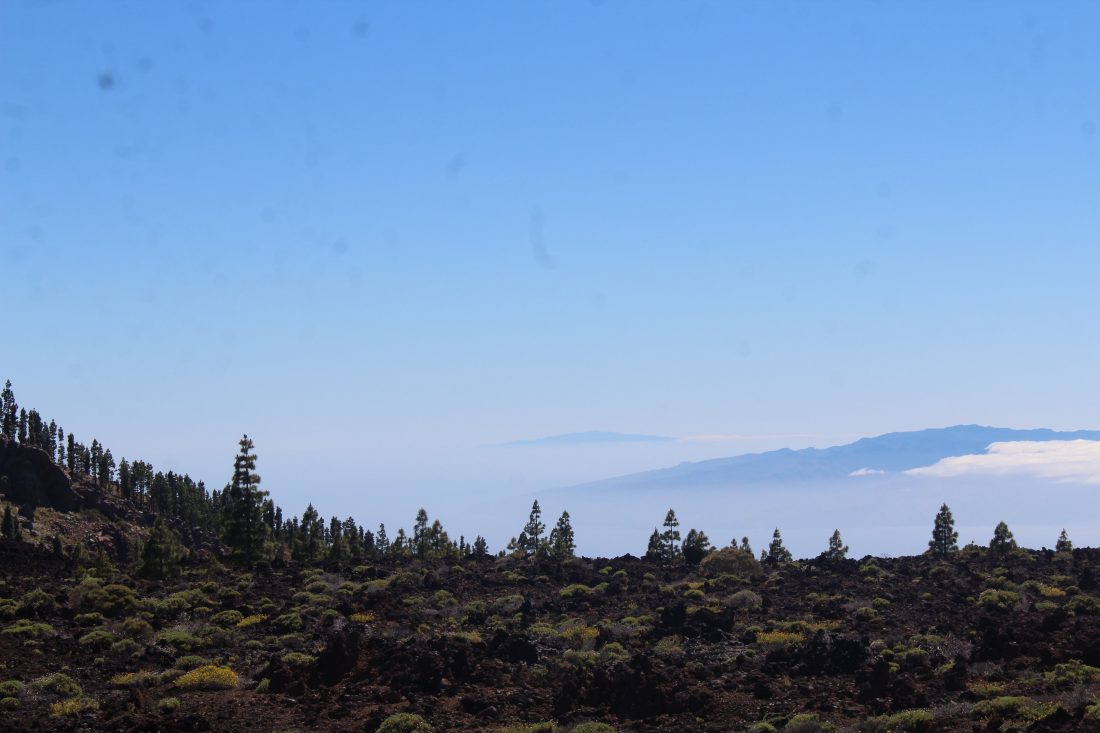 Visitors can enjoy beautiful scenery, fantastic cuisine and there’s plentiful natural resources to marvel over. I recently visited Tenerife and bring you my guide of 10 things to see and do on the island.

Visit Teide National Park
Teide National Park is a Unesco World Heritage site and one of the oldest national parks in the country. We visited as part of a day-long excursion to Mount Teide, which sits in the centre of the park (more about the mountain next). With more than three million visits a year, the park offers unbeaten views and hiking routes. It is also home to a number of interesting rock formations. The rough and rugged terrain means that it is popular with film makers with Clash of the Titans and Planet of the Apes being filmed there, to name a few. 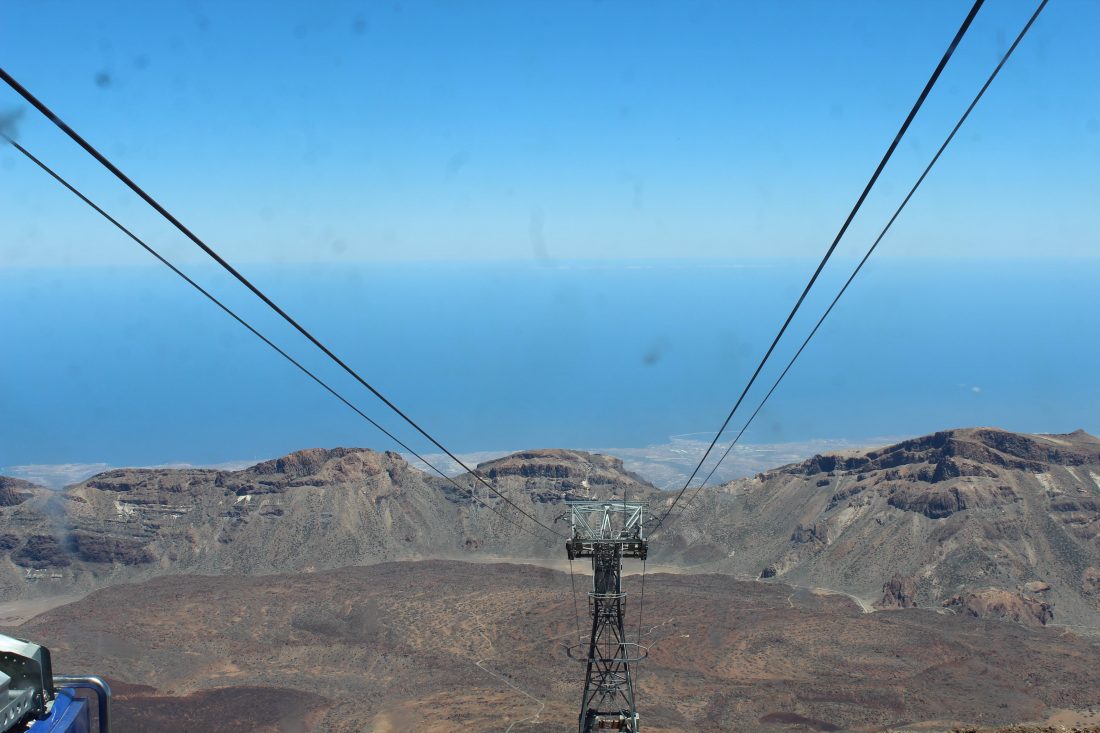 Take a cable car to Mount Teide
Situated in the vast Teide National Park, the Mount Teide volcano rises to 3,718m (12,198ft) above sea level, making it Spain’s highest peak. Standing at the base, it was daunting to see its formidable height extend to the clouds. We bravely decided to join the throng of people who took the cable car to the top and following a tight squeeze on the actual cable car, we were rewarded with truly stunning views of Tenerife and at least three other surrounding islands. Because we were so high up, we were advised to not stay up too long as the air was decidedly thinner up there, but I wouldn’t have missed the trip for anything, definitely bucket-list territory.

Coffee break at Vilaflour
Still on the Teide excursion, our wonderful guide, told us that we absolutely had to try the regions’ Barraquito coffee during a comfort break at Vilaflour, the highest village in Tenerife. We stopped off at the Cafeteria La Paz, and ordered the famous beverage. Without a doubt, the best coffee I have ever tasted. I asked for the recipe, which is made up of sweet milk, coffee, milk, cinnamon, lemon and liquor. The almond cookie I had it with was super too.

Party it up at Playa de las Americas
We visited this town during the day and out of peak season so saw scant evidence of its reputation as the party capital of Tenerife. Instead we enjoyed a leisurely walk along the main strip with many nightclubs, shops and restaurants dotted along it. There was easy access to many gorgeous beaches, including the Playa Fanabe, a blue flag beach with fine, light-grey sand. We were reliably informed that there was a wide variety of water sports available.

Cool down at Siam Park
Siam Park is Tenerife’s biggest theme park. Located right above Los Cristianos, Siam Park is a relatively new attraction that has gained enormous popularity with tourists. I’ve heard it described as the best water park in the world! It’s a Thai-themed aquatic playground of water slides and adrenalin-pumping rides. We didn’t linger with this one as we didn’t travel with the kids, but it looked like a great day out for a family with children. 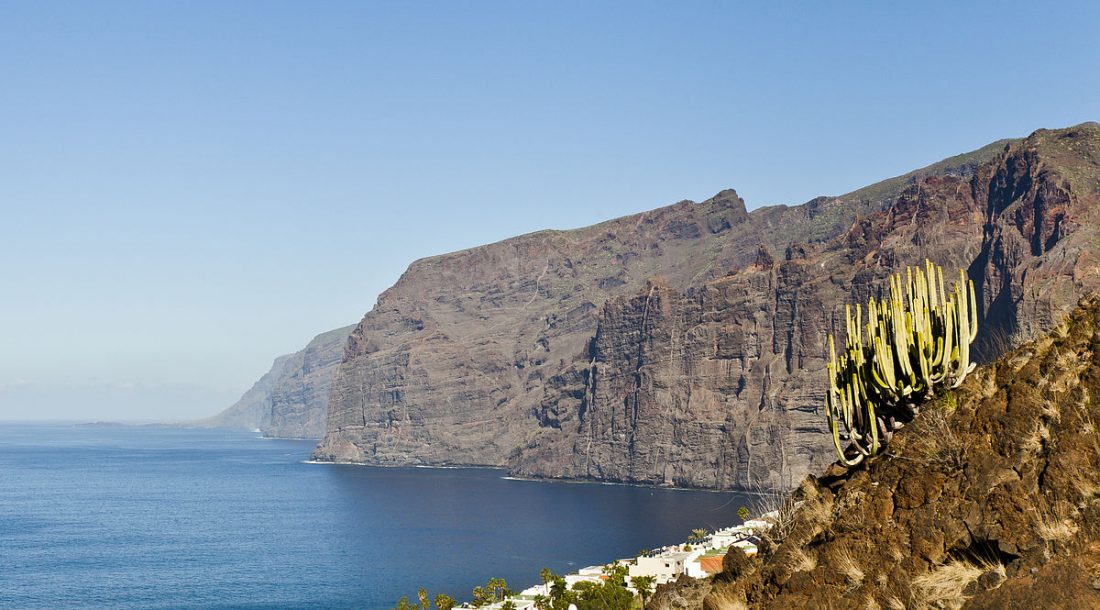 Wonder at the Los Gigantes Cliffs
The Los Gigantes Cliffs (aka The Giants) are a natural landmark, which attract many visitors every year. A resort town, of the same name, has been built around the cliffs which have sheer faces that run vertically almost 1,600 feet up from the surface of the Atlantic Ocean. An imposing image visible from a number of vantage points across the whole town.

Be seen at Playa del Duque
Tucked away in a corner of the south west of Tenerife is this cool, designer beach. The man-made beach is flanked by thatched sunshades and loads of palm trees. Alongside the miles-long beach is a promenade packed full of chic cafés, high-end shopping and numerous deluxe five-star hotels. You could easily while away hours relaxing on the beach and not even realise it. 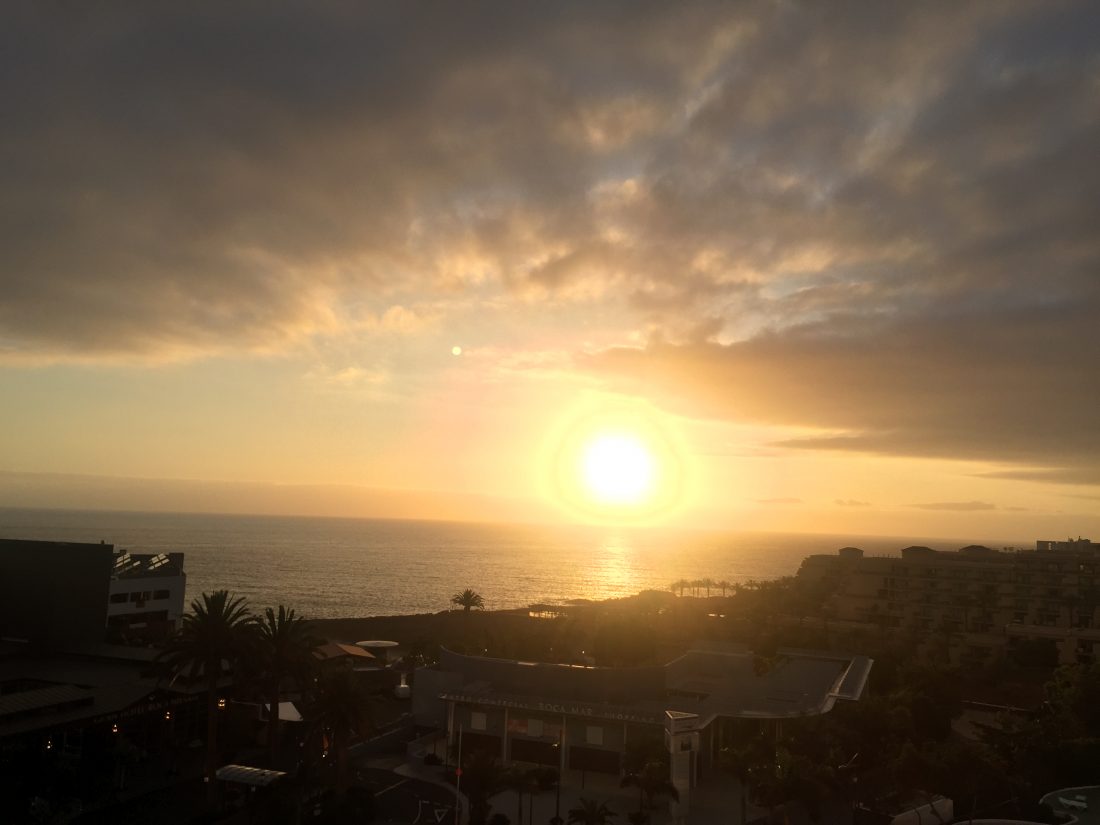 Cocktails and sunset on The 16th at Hard Rock Café
One of the highlights of the trip for me was watching the sunset over the island from the 16th floor of the Hard Rock Hotel (where we stayed) sipping a delightful cocktail. The 16th is a cool place to just chill and listen to live music, while you enjoy spectacular panoramic 360 degree views. The comfy and stylish chairs, big beds and delicious cocktails all contributed to a wonderful, relaxing experience. 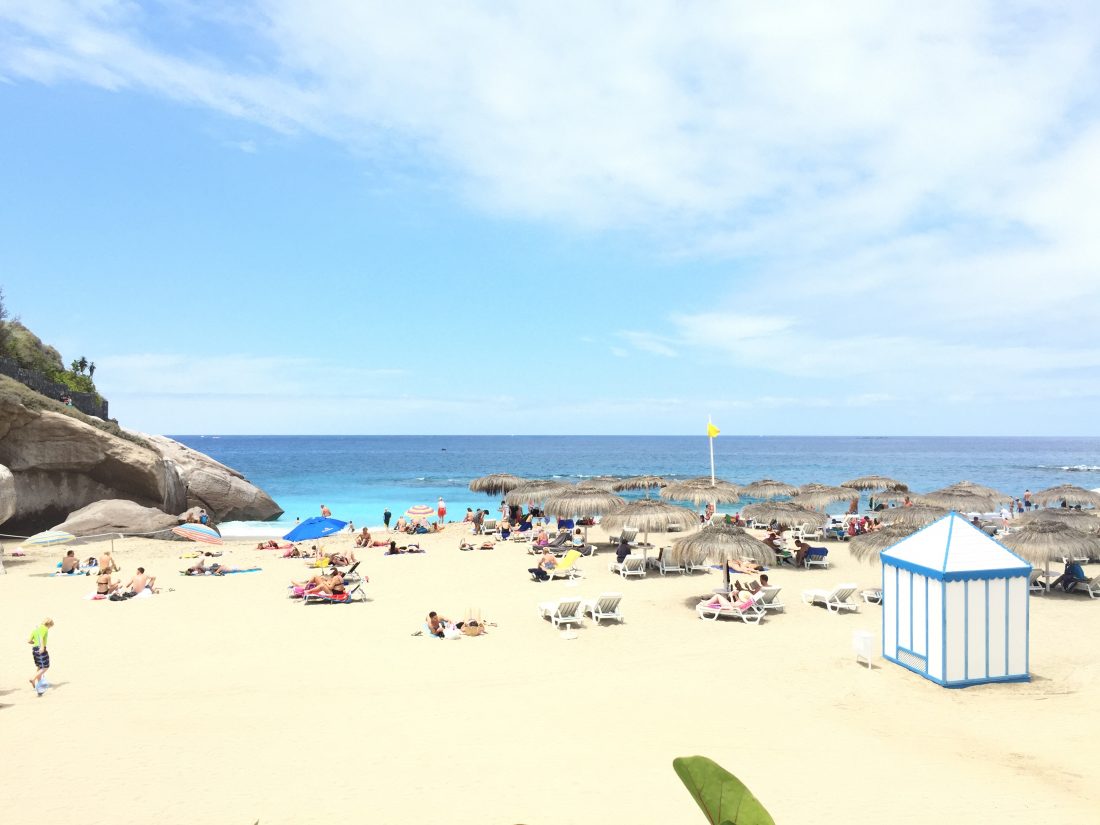 Relax on Playa de Las Teresitas
The Playa de Las Teresitas is a manmade beach that stretches for almost a mile in the north of Tenerife, on the edge of the Atlantic Ocean. Sand from the Sahara was used to form the beach and therefore you have golden, rather than the black sand that Tenerife is famed for. A gorgeous beach which would not look out of place in the Caribbean.

Whale and Dolphin Watching
For nature lovers, I recommend you book one of the many Whale and Dolphin watching tours that are available off the coast of South West Tenerife to see Bottlenose dolphins, Sperm whales, Pilot whales and Risso dolphins in their natural habitat in the waters around the Canary Island. Often with pick up service available from various hotels, pack your swimwear as you will likely be able to have a dip in the refreshing waters of the Atlantic Ocean.